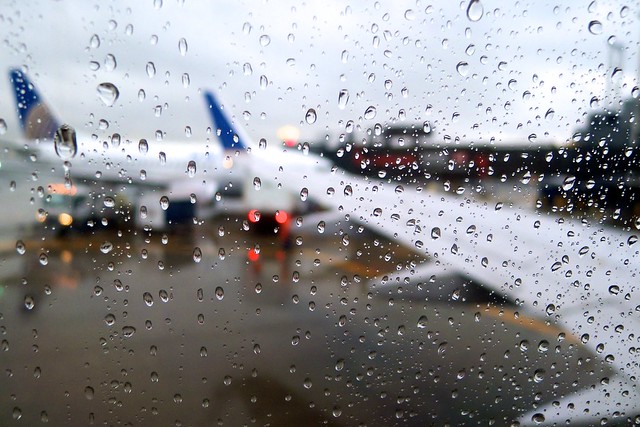 END_OF_DOCUMENT_TOKEN_TO_BE_REPLACED

I would not have been able to survive in Tokyo without the following:

smart.fm – recommended to me a day or two into the trip by longtime friend Andy Livy, smart.fm provides learning goals for most languages and topics through a mostly flash-based learning management system. Lots of social networking integration and good tools means this helped me get the syllabary comprehension a little better very quickly. Wish I had known about this before I left.

Citibank ATMs – while I am not a Citibank customer, they are notable because (a) their Tokyo ATMs are open 24/7, unlike many others and (b) they take American ATM cards, unlike nearly every other ATM around Tokyo. Even our hotel ATM wouldn’t take our card. Find a nearby location, because you may need it in a pinch. While lots of places in Japan take cards, many still don’t. Cash remains king.

Suica – the contactless smart card used by JR Railways (and vending machines and lots of convenience stores), Suica made it painless to ride JR’s trains around everywhere. Foreigners can get a Suica/NEX package deal that represents substantial savings. Look for the blue signage near most train turnstiles – English screens are available if you press the “ENGLISH” button in the top right.

Airport Limousine – the last thing you may want to do when you arrive late at night is try to navigate the train system. Airport Limousine is more than likely going to be able to take you directly to your hotel, for about the same cost as a one-way NEX ticket. Ticket counters are on the first floor of Narita Airport and hard to miss.

Skype – so long as you have a good internet connection available to you, Skype remains the best way to deal with international calling. A number of calls home ended up costing us about $1.50. Load up before you go.

Friends – a thousand thank yous to John Scanlan, Richard Whittaker, Richard Bannister, Andy Livy, Ryan Bayne, and anyone else who sent recommendations and cultural advice my way over the last two weeks. 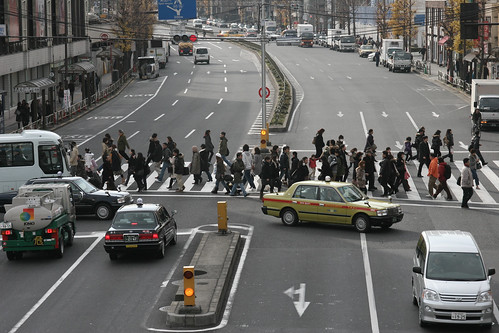 Today was the first day since Christmas where I did not have something to see, somewhere to go, or anything to do. The hum of the heater has replaced the drone of aircraft; the distant squeal of the Jersey City lightrail turning the corner has replaced the rushing sound of the JR Yamanote line.

Piled across the kitchen counter are the things we brought back – cute dolls, strange snacks, and a pile of CDs. Our suitcases remain nearby, still mostly full of our clothing and charging cords. They will be unpacked in due time. The fridge has been refilled, the laundry is slowly getting done, and I am mysteriously not jetlagged even in the slightest.

I will not return to work until Wednesday, and while I’m starting to respond to work emails again, for now, I sit contently. 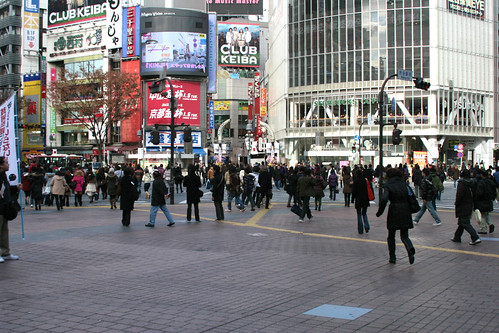 I have spent over five days in a place that was foreign yet welcoming, busy yet quiet, energetic yet polite. 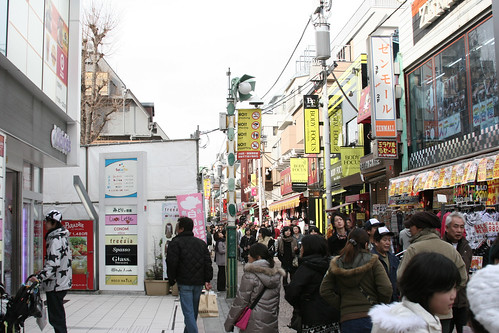 I have walked through neighborhoods I never thought I would set foot in, wandered without purpose in pedestrian malls, and blended into crowded trains and stores. 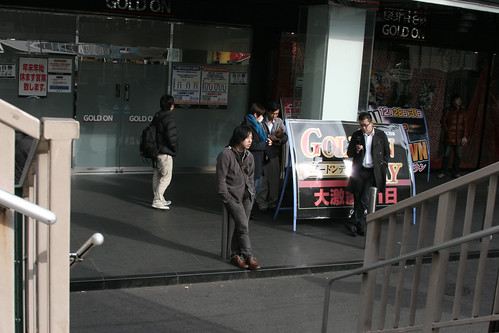 I have inhaled the cloud of smoke in pachinko parlors, downed sake and shochu, seen some really weird things on TV, and inadvertently walked into the adult section of more than one anime store in Akihabara.

And yet it still feels like there is more to do. Even with another week, another month, I wouldn’t have been able to see it all. So we will continue working on our Japanese, keep our eyes peeled for new things to see when we are there, and start plotting for the next trip.

(Very special thanks to all of you who left comments, suggestions, questions, and encouragement on my blog, on Twitter, and on Facebook over the last week. It felt like you were there with us.)