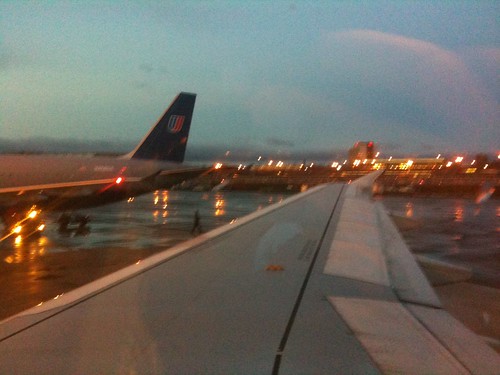 A few jetlag-induced thoughts/observations about getting from New Jersey to Shinigawa.

Ticket counters at Newark International Airport don’t open until around 4:30 AM. As someone who is habitually early to any air travel, it was hard to reconcile that we had gotten up exceedingly early only to have to sit and wait out about an hour until they opened.

Keeping in mind that this was an outbound flight, not an inbound flight – there were no noticeable additional TSA measures or screenings. Getting through security at Newark was trouble free, perhaps even more so than a few flights I’ve taken domestically this year. We’ll see how this goes on the return trip, where we do a quick up-and-down flight from Toronto back to Newark.

We flew Air Canada for both legs of this trip, one from Newark to Vancouver (~6 hours), and then Vancouver to Tokyo (~11 hours). This wasn’t a choice we consciously made (we played Expedia Roulette for booking the trip), but it is one we’ll make in the future. Air Canada’s planes are comfortable, their crews are pleasant, their in-flight entertainment more than acceptable, and their food edible. Hopefully the remaining two flights back will continue to bear this out.

Speaking of in-flight entertainment: really enjoyed *The Informant*. Glad I didn’t have to pay for *A Serious Man*. Rewatching *Inglorious Bastards* reminded me that my Japanese is going to be akin to Brad Pitt’s Italian. And how have I not been watching *Better Off Ted*? Also discovered that someone at Air Canada considers the Fresh Prince a mystery. 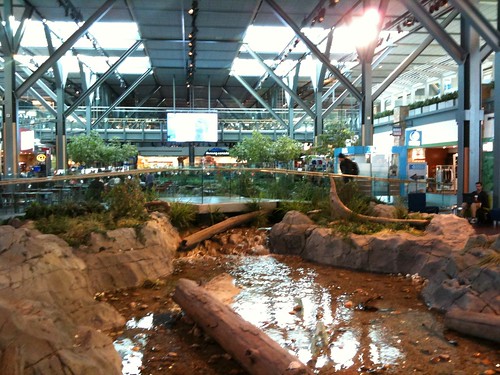 Vancouver International feels more like a mall than an airport, and gave me some of that empty creeping feeling that I got when I flew out of San Diego a few years ago. Way too big for the number of people there at the time.

While flying into Haneda Airport would have been preferable given the proximity to our hotel, most flights come into Narita, about 40km outside of Tokyo. While the process to get through the airport was lengthy, it was happily multi-lingual and pleasant. Japan’s customs office, like everywhere else, has a cartoon mascot dog named Custom-Kun, but I only saw him once. 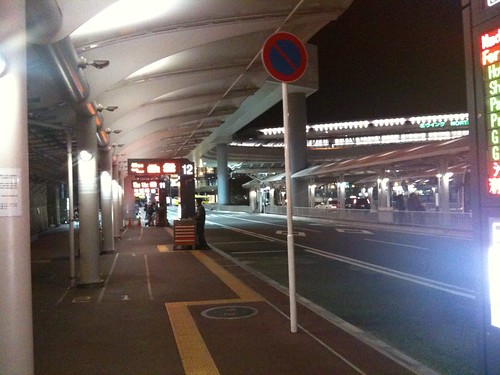 At the recommendation of practically every guidebook under the sun, we took the Airport Limousine Bus to get to the hotel. 3,000¥ per person sure beats a potential 300,000¥ taxi ride. The bus experience is pleasant and somewhat bi-lingual; only problem was that after being on an airplane for 17 hours, the seats felt a bit cramped.