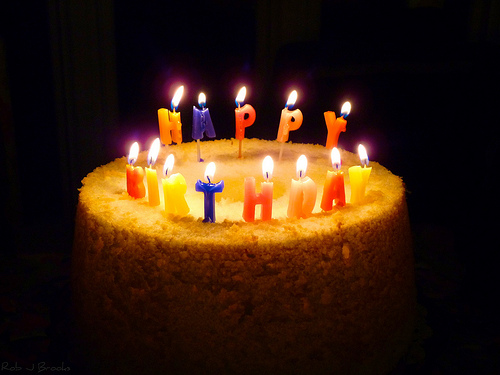 My blog is ten years old today. (Today also roughly marks me having been online for half my life.) I have a lot of navelgazing to do in the body of this post, but to sum it up – if you’re reading this, thank you, from the bottom of my heart.

Here, then, is the somewhat embarrassing story how this all got started:

When you enroll in Cornell’s Engineering school, you should be prepared for three semesters of general education before you “affiliate” with a major. Affiliation is a typically minor hurdle in the grand scheme of things – the pain of college admissions should still be fresh in your mind. Not all majors are created equal, of course, and many majors may have pre-requisites and requirements for successful affiliation with the major. (Those first three semesters can’t be a complete waste.) Cornell’s Computer Science program has a storied history of shifting requirements from year to year at whiplash-capable speeds. Among the many stipulations when I was enrolled was a multi-phrase conditional about math grades, to the effect of “Overall math average must be a B- or better; no more than one math course score can be below a B-.”

I had placed out of the initial course in the Calculus series, so I began the second course immediately, expecting to breeze through as I had in AP Calc. No such luck; a term later and I would have a C+ on my record. I was mortified – math was supposed to be my strong subject – and tried to redouble my efforts for the next term.

Again, failure – another C+ appeared, and I became worried. I scheduled a meeting with various advisors and deans to explore my options, and was assured that if I was able to bring my overall math average up in the last term before affiliation, things should be okay. With perseverance and a bit of luck, I squeaked out a B in the last term. The GPA math put me right on the line: a 2.55, closer to a B- than a C+. I crossed my fingers and put in the affiliation application.

Winter break came, and while sitting at my desk on campus at work that January, an email came in trumpeting my rejection from the major. It wasn’t a shock, but I was just now hitting the question I had ignored before: what now? I considered a wide array of options: a general major, changing colleges within Cornell, transferring out to another university. While I mulled, I scheduled a meeting with the Director of Undergraduate Programs for the CS school.

Three days later, I found myself in his office, and after some trivialities, I was told that since I had three C+’s in my Math courses, it was pretty open and shut that I would not be able to affiliate. Sharp eyed readers may have noticed that my grade from the last term was not a C+, but instead a B.

After correcting him, I watched in silent horror as a pencil was picked up, something was erased on a piece of paper, and something resembling a “B” was written into its place. As he turned to his computer and typed some things into Excel, the following crossed through my head:

> This Computer Science school, the one I have been aspiring to go to for the last five years, is tracking my grades on paper. I was rejected affiliation to a computer-focus major because of a clerical error on paper. Computer Science. Paper. COMPUTER. PAPER.

He turned around and offered me a conditional acceptance to the major. I accepted and left, speechless.

(In writing this up, I am amused to see that the current affiliation rules are such that this situation never would have happened.)

In a way, that was the day that everything changed. The old argument about how the next phase of your life is always going to be tougher fell apart before my eyes. I became more critical of my core education, realizing that CS was largely theoretical and designed to prepare you for graduate school. I strayed as much as I could within the confines of my major, trying to take things that could be applied in general in the outside world.

In a desperate stab to come out of college with at least one functional programming language under my belt, I purchased some web hosting that would give me capabilities beyond the basics provided by the school. I jumped in gently with some PHP tutorials and some very basic MySQL, and began writing a very basic content management system.
Ten years ago today, this blog first appeared, and this was my “Hello World”:

Alright, I’ve got my news script working, so I’m officially making this an open page, just like I did last time.

As you can tell, I’m hosting this bad boy on CSoft, a nifty little host that was suggested to me by my roommate. They’ve been great, and if you’re at all interested in an account, give me a couple days to get up referrer links so I can maybe pay for this service via this web page.

Now that I’m here, I have PHP and MySQL, so I can dynamically do everything. This is good, because now I’ll be able to post news much quicker and easier. Huzzah.
My next task is to move the quotefile to the database, although I may shift some more of my old content over first, and PHP-ize it all. Stay tuned.

This wasn’t my first web presence by any measure – my first site went up in the fall of 1995. But it was the first time my web site was constructed with date-ordered posting, and even if I didn’t know to refer to it as a “blog” at that time, there it was.

I would switch from the home-grown system (which at one point was dubbed “RemyNews”) to Drupal in 2002, and then to Movable Type a year later, where I have stuck since. Most of the features that were not part of the blogging core – the quotefile, the movie reviews, a curated directory called “RemyHoo”, the blogroll – are all long since dead. Traces of them can be found scattered in the archives.

Reading back through the archives is a mixed bag. My tone and focus changed on a yearly basis, and a lot of the first three years was amateur at best. I’m embarassed to have found the words “I know you love me” in the archives on more than one occasion. It was intensely self-focused in the beginning – I was trying to use the site as a way to replace email to my friends and family about what I was doing. The concept of writing for the world in general wouldn’t sprout until a few years after I left college, and realized that there was some joy to be had contributing more broadly than just “here is my schedule for the next week”.

As hard as it’s been to read back through it, the effect this site has had on me is clear: my writing has improved tremendously. I’ve actually been asked professionally how I’m able to write and present information so effectively, and I’ve pointed to blogging as a place where I developed those skills.

(Sure, a sprawling piece like this may not be the place to make points about being concise or effective. But the editing process, finding a tone, and piecing together convincing arguments? I assure you, having done this over 1,500 times has made it second nature.)

To this day, I still haven’t entirely squared with a single focus or topic, which I’ve been lead to believe is a cardinal sin in having a “successful blog”. After ten years, I’m extremely comfortable with that. This has never intended to be more than an outlet for me to put pen to paper. I was never looking for “success” or traffic.

Occasionally traffic did start flooding my way, but rarely for the reasons I would expect. In the time since I started capturing statistics, the ten most popular posts (by pageviews) have been:

* The very first Quicksilver tutorial
* How to create an iPhone webclip icon for your website
* The second Quicksilver tutorial
* The third, trigger-specific Quicksilver tutorial
* Arguments about CAPTCHAs being used in a movie about fake IDs
* My Animal Crossing DS friends code
* A brief glance at the music phenomenon of “jumpstyle”
* A pull-apart of the iPod game format
* A tutorial for how to download songs for Taiko No Tatsujin PSP
* Recounting Jeffrey Steingarten being cruel at a panel

Were you to ask me which posts I was most proud of, only one of those (the Quicksilver tutorial) would be on the list. But I’m equally proud of Last Trip To Astroland, Insert Pac-Man Music Here, The Market of Boston, Xbox Support: The Text Adventure, Sing When You’re Winning, and perhaps even Closer To Business Time.

What people generally want to read – count how many “top #” lists are on the front page of Delicious at any given time – is not what I enjoy writing. Writing tutorials and top ten lists is easy, and once you’ve done one or two, you can write the rest on autopilot. I would rather write about my life experiences and the things that personally excite me than troll for traffic with another tutorial.

At the end of the day, I don’t know who to consider as part of my audience. Are the friends that I have aware that I have a blog, and do they read it regularly? Do the people I went to high school with who may be seeing this as a Facebook note realize there’s 10 years of nonsense accumulated somewhere else? Are there friends out there that I’ve lost track of, still checking in on me occasionally? Will people who follow me on Twitter read posts without me hand-linking them?

Regardless of what your relationship is to me: if this reaches you on any site or any capacity, and you’re reading it – thank you, thank you, thank you. I am deeply appreciative of anyone who takes the time to read what I have to write. I hope you’ll continue to stop by when the mood strikes.