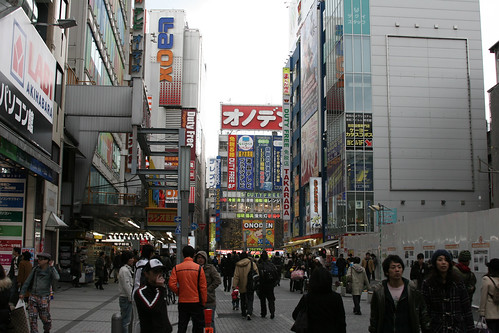 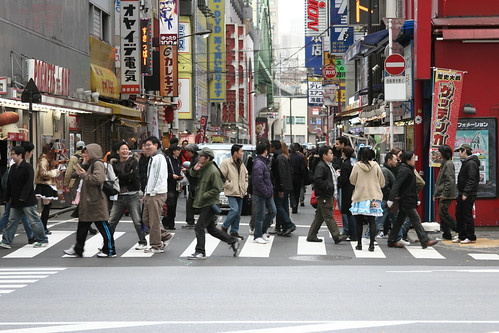 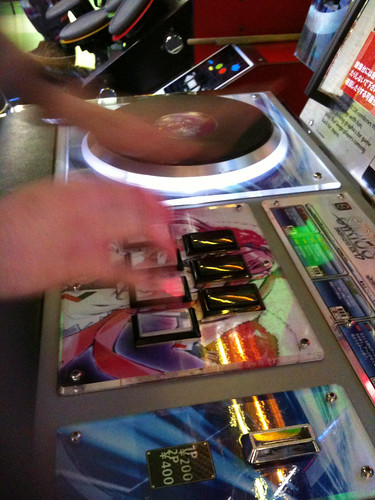 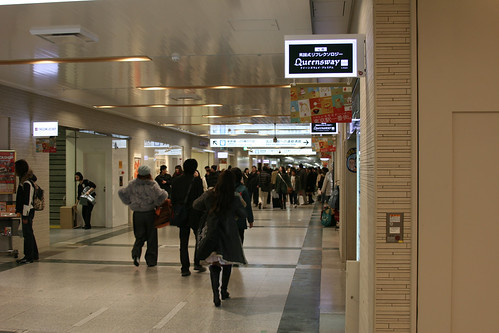 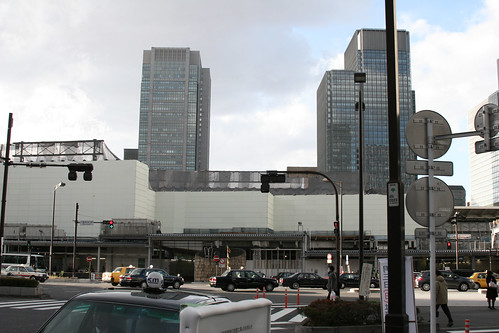 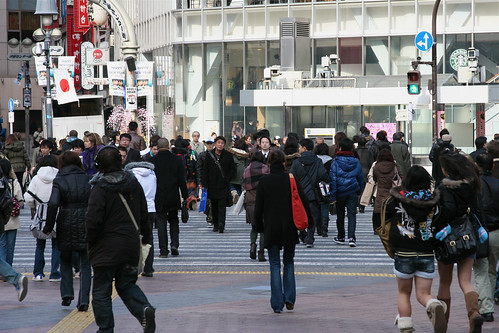 Shibuya seemed like a good district to start our trip in. Easily accessible via the JR Yamanote Line, home to a few specific destinations, it is energetic without being completely overwhelming.

Hachiko Crossing, iconic sight of Japan that it is, is not very intimidating at 10:30 AM. We proceeded across and walked up *Center Gai*, a pedestrian area lined with restaurants, clothing shops, bars, and towering *pachislot* arcades. 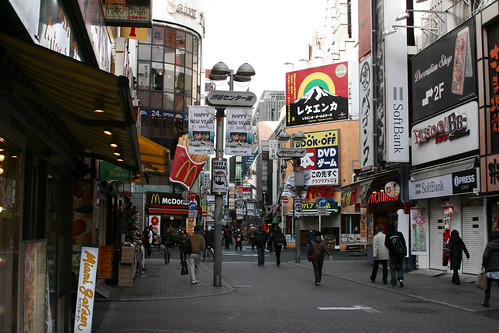 Our first major shopping destination was Tokyu Hands, the “Creative Life Store” which holds just about everything in its seven stories. There was a certain bemusement that many things that I’ve seen at AC Gears in the East Village could be found here, often for much cheaper. An hour later, we walked away with a truly mixed bag of merchandise, including a very tasty iPhone case. 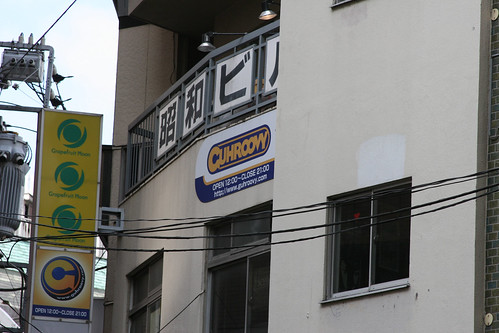 GUHROOVY is a hardcore techno record shop tucked away on an isolated third story in Udagawacho. Run by DJ CHUCKY, the store is somewhat notorious in the IIDX/Bemani community for being a key resource for albums featuring popular artists from the series. It is less than 200 square feet in total, but for techno junkies, it is blissful.

This was the only business that I had gone so far as to print out directions for and to seek out, and seeing as I may not be back in the neighborhood beyond this day, I did not let the opportunity slip away from me.

Fun fact for the Bemani faithful: the store has, with no explanation or price tag, a copy of Beatmania US on top of one of the shelves.

We then started to backtrack, finding that a doll shop that Katie had seen earlier – Doneunyo – was now open. Katie has been collecting Japanese dolls for few years; an opportunity to go to an official Blythe dealer was not one she could resist. (Junie Moon, her go-to destination, had closed for the holiday week.) She walked away very happy.
We stopped into a few SEGA World arcades, where I learned that Katie has a crippling addiction to UFO Catcher machines. I also got a big round of applause, a bow, and a picture taken from two Japanese girls who were astounded to see someone foreign play Taiko no Tatsujin well.

After a quick lunch, we returned to the Shibuya train station, but not before stopping at RanKing RanQueen. Time Out Tokyo describes it as “an intriguing insight into the mind of the Japanese consumer”. All products are categorized and ranked by popularity – so for example, you can buy the most popular bath product, the Bloodtype Bath.

After sundown, we headed to Akihabara. No pictures were taken; had I brought the camera, I probably couldn’t have fit into 90% of the stores we visited.

Akihabara is truly a nerd paradise – stores selling electronics, games, and manga as far as the eye can see. It’s also overwhelming in the crowded dark; after two hours, the jetlagged and fatigue set in and we were forced to retreat. We plan to return later in the week.

I did manage to find Super Potato, famed gaming mecca, and it is as awesome as I had hoped. No purchases yet, although I may return to buy the Takeshi’s Challenge strategy guide.