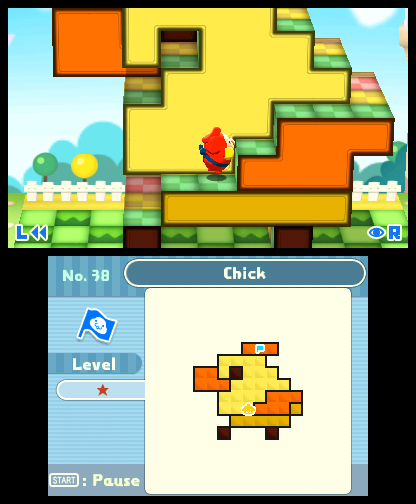 Nintendo has had a tough year. The Wii U debacle at E3, the “Miyamoto might be retiring” interview, their market share and profits being eroded by smartphones – they come across as a company who’s at their peak and the only way to go is down. One might even say their position looks a lot like Sony did in 2006.

2011 Nintendo is perhaps best encapsulated in the Nintendo 3DS – a new handheld that looks and functions remarkably like their last four (DS, DS Lite, DSi, DSi XL) handhelds. It launched at $250 with no compelling launch titles. It posted decent first days sales before swan diving off a high cliff. A $70 price cut came just four months after launch, which solved one problem – but the software problem lingered until the holiday season.

I picked up a 3DS right after launch despite my hatred of 3D entertainment – practically always gimmicky and an excuse to add cost – and despite knowing there wasn’t really anything at launch worth picking up. I subjected myself to it mainly because my DS Lite was getting run down, and it was the prime time to trade it in. Even with the lowest of expectations, I found myself disappointed, as the features I was looking forward to – the eShow, StreetPass, the camera – all had notable flaws.

And so, I joined the hordes waiting and hoping for that One Game, the one that can justify the cost of the device. And last week, I discovered it – and it wasn’t the anticipated Super Mario 3D Land or Mario Kart 7, but instead a title in a genre Nintendo executes better than practically anyone else: spatial puzzles.

The game in question is Pushmo (or Pullblox if you’re in Europe), a $7 downloadable title. A pushmo is a giant pixelart installation in a park (Pushmo Park, naturally), and children appear to keep getting stuck in them. To climb the pushmo and save the kids, you need to grab, push, and pull the blocks to build ledges and stairs that you can scale.

The gameplay resembles Atlus’ Catherine, which was also released this year and is targetted solely at adults. While Catherine challenges players as both an arcade game and a puzzler, Pushmo is more of a pure puzzler. As such, the game is able to focus more on the challenge of the level rather than you racing against a clock.

If the roughly 250 core levels aren’t enough, Pushmo also features a level builder, and levels can be shared via QR Code. Communities have start sprouting up to share puzzles, like this NeoGAF thread.

I hope that Nintendo can keep focusing on these smaller, well polished titles. If that Miyamoto interview is any indication, my hopes may come true.

Pushmo is available for the 3DS, via the eShop.