Sony, in what may be either a stroke of brilliance or a moment of blindness (or possibly both), allows Playstation 3 owners to create PSN accounts in any country they so desire. And by making these accounts, you can get into stores for other countries. Freebies like *Mainichi Issuo* are easily downloaded and marveled at from American shores.

Purchasing from foreign stores, though, requires a credit card in that country or a prepaid value card.

As luck would have it, I have a connection who was willing to buy me a few cards. After buying PS1 hits like *Silent Bomber* and the amazing *Bishi Bashi Special*, I was left with 800 yen – just enough to buy today’s new Japanese-only PSN release, *Piyotama*. 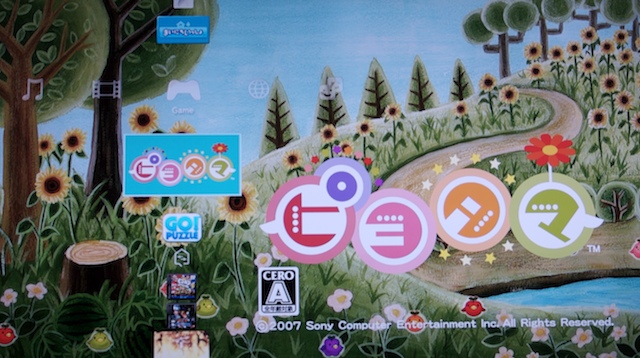 Of course, my XMB is now a mess with betas, PSN games, foreign PS1 games, and some random demos. But it’s worth it in the name of science. I love having weird, obscure shit on my console. 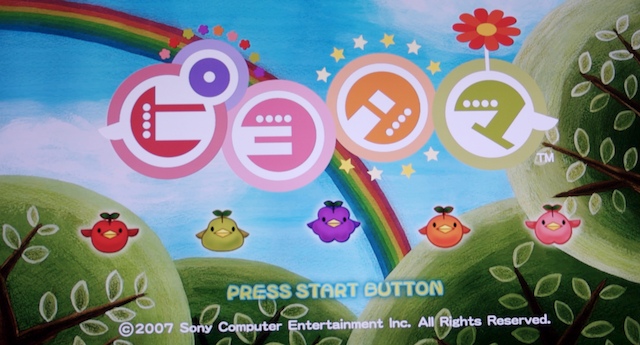 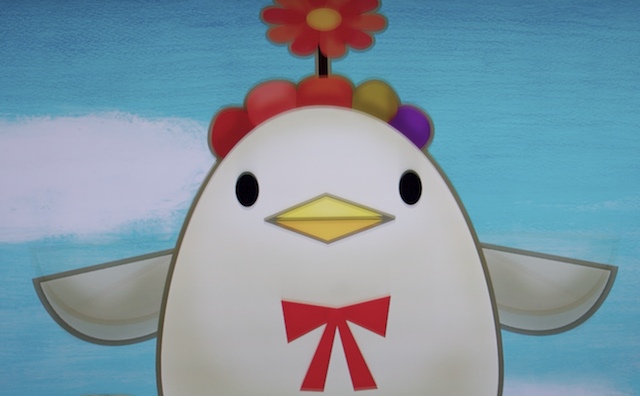 Like most puzzle games, I can’t say Piyotama has much plot – and if it does, my inability to read Japanese isn’t helping my understanding of it. (The on-screen interface, thankfully, is in English.) But there seems to be some benevolent chicken named Mama, who sit on some sort of log and lays eggs that look like fruit – and your job is to get rid of them. 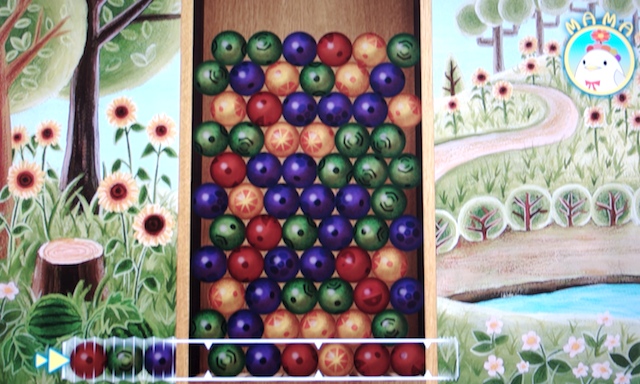 Gameplay wise, I can’t say I’ve really played another puzzle game exactly like it before. So you have a hexagon-ish grid with the round egg pieces, and the goal is to get 4 of the same color in a row. But rather than drop pieces (ala Columns) or rotate them (ala Hexic), you move them from side to side. Three pieces sit off the game field, which you can rotate the order of, and then you push it back in and pop the three on the opposite side off. I can only think to describe this movement as “threading”. 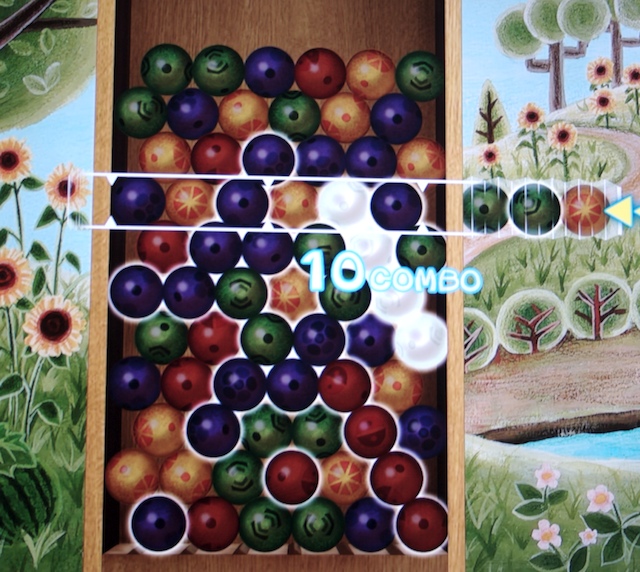 When you get four in a row (occasionally horizontally, mostly diagonally), the pieces highlight, but they don’t disappear immediately – you have a bit of time to keep threading back and forth and try and match more rows up, which leads to a bigger combo and thus more points. Eventually, all the matched pieces turn to eggs and hatch into fruit birds.

That’s right. Fruit birds. Adorable little buggers. The graphics in the game are certainly a delight – rich colors, well drawn backgrounds, and nice animation. The birds collect around the screen as you release them, and I’ve caught a few of them napping when I was having trouble making a chain.

There are also a couple of special pieces that allow you to clear all of one color at a time (which you can chain against multiple colors to clear the board), as well as a “heavy egg” that blocks you from moving that row. These up the challenge a bit. There’s also a slight degree of Sixaxis integration, allowing you to nudge the table to fill in gaps, as well as force matched eggs to hatch if you’re running out of time and space.

While the game is certainly easy to pick up and play, and it allows you to zone out and continue to do well (like so many other great puzzle games), Piyotama is missing that extra ounce of addiction that would make it crack-like, where I’d be begging to play just one more round. 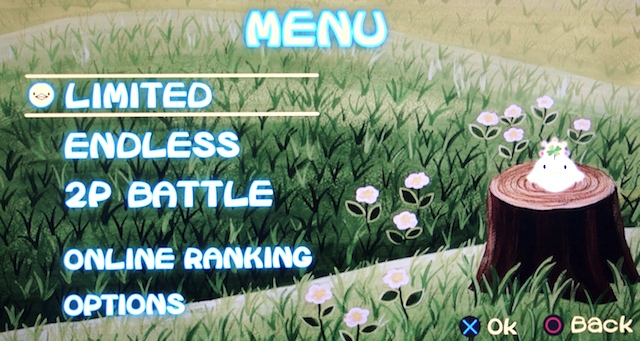 Part of the problem: it’s a bit lacking in modes. You have “Limited”, which gives you a short time limit; “Endless”, with no time limit; and “2P Battle”, which is local play only multiplayer. And that’s it, really – unless you consider watching demo movies or checking the online rankings a mode. 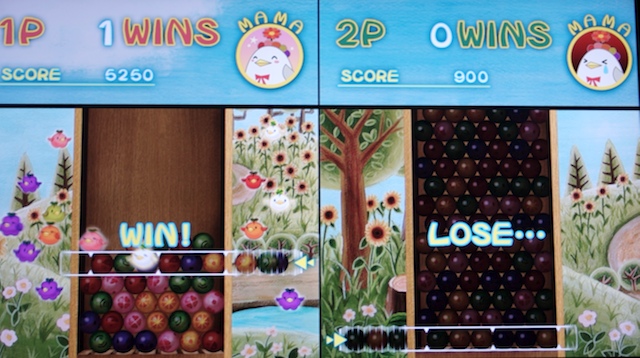 It’s a shame the multiplayer is local only, because like many color-matching puzzle games, it has some promise. It’s neat to watch the birds fly back and forth as you match pieces. 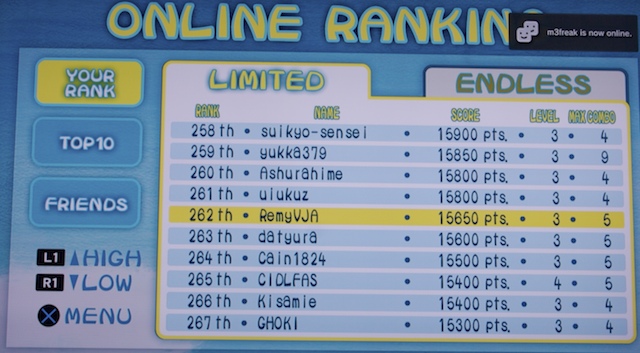 At least the game does have Internet Ranking, I guess.

Ultimately, you’re left with a charming puzzle game with lots of personality, but lacking in modes. Ironically, this is the exact opposite of the recently released Go! Puzzle, which is mode-rich but without charm or an identity. I can only dream of the sort of offspring you could get by merging both games.

While I realize most people reading this aren’t going to have the ability to buy it, I can recommend it for people looking for a unique puzzler that doesn’t necessarily have a lot of replay value. Otherwise, you should probably look elsewhere.