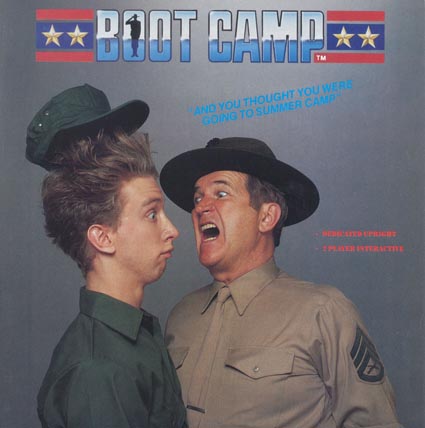 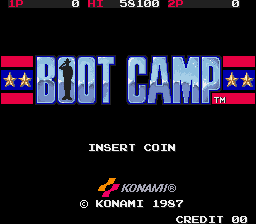 Long before America’s Army, Boot Camp – the US version of a Japanese game called Combat School – has a game mechanic described in the marketing flyer as:

The player is a recruit in the army, trying to make it through the grueling courses of Boot Camp. He is challenged physically and mentally by the toughest drill sargeant [sic] in the barracks. The drill sargeant [sic] shows no mercy, barking out orders and insulting the recruits to provoke them into action. In the player’s attempt to become the best soldier, he must complete the phases of basic training…

The actual game play is a very amusing mish-mash of other Konami titles, including Track and Field, Contra, Yie Ar Kung-Fu, and Rush’n Attack. The controls consist of a trackball and two buttons. For those who are old hat at Track & Field, the challenge of having to spin the trackball quickly and accurately provides a nice change of pace. 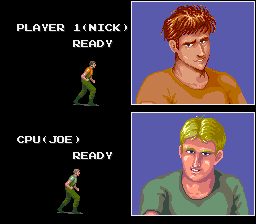 As part of Konami’s long-standing love of short American names (see: Contra’s “Lance” and “Bill”), here you can play as “Nick” or “Joe”.

There are seven main levels that players must truck through – and perhaps more! 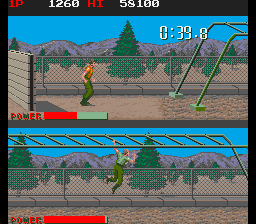 Player races through the course, scaling walls and clearing the bars as quickly as he can in order to finish in time.

Think hurdles from Track & Field with a mad dash at the end. For a bit of amusement, try jumping face first into the wall! 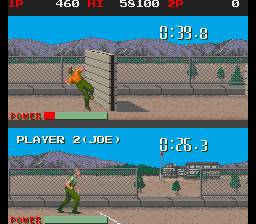 It’s important to note that the much feared “sargeant” does not actually shout anything at you unless you fail. And that generally is “Go back home to your mother”, to which your recruit responds, “DARN!” 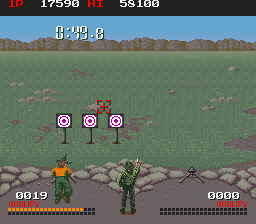 Developing deadly aim, the recruit tries to shoot as many targets as possible within a certain amount of time.

Oh, Firing Range. How you taunted me in the arcade. How you forced me to not only spin the trackball accurately, but demanded that I rapidly jam the Fire button to knock down three to five targets in about a one-second window of time. How you seemed nearly impossible when I was the tender age of 7.

It’s amazing what nearly 20 years does to a game’s perceived difficulty. 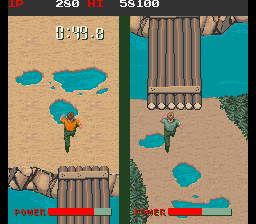 Player dodges mines and other obstacles in another test of strength and agility. He must reach a boat and row across the river as swiftly as possible to reach the goal in a race against time.

Considerably more interesting than the Obstacle Course, the Iron-Man Race requires you to: 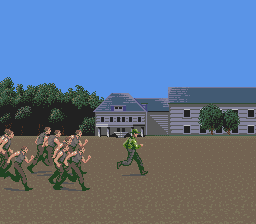 Oh hey! There’s the sarge! And the cadets! But wait, where’s our intrepid recruit? 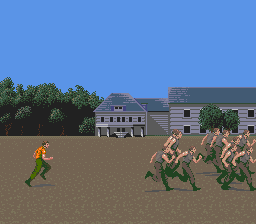 Someone’s getting beaten with towels full of soap tonight! 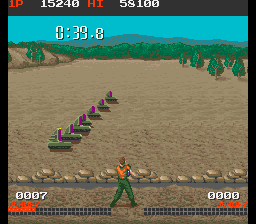 Pulling directly from the fortress levels of Contra, here you run left and right and shoot at these flashing targets that MOVE! Such variety! So much effort was put into this level that after a handful of patterns, the game decides to forgo patterns and just randomly sends the targets down the screen at you. 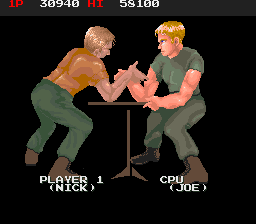 The player is pitted against his opponent in a match to see who has superior strength and stamina.

Aside: Some people don’t enjoy button mashing mini-games. I am not one of these people. I live for them. College friends of mine will recall that at one point I beat a turbo controller in Track & Field 2000. 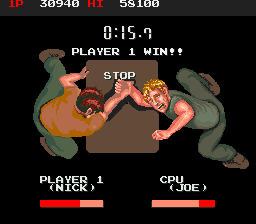 Joe submits to the awesome power of the Mash. 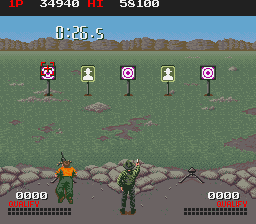 This time, there are innocent targets! It’s like Hogan’s Alley, only without the light gun. Which means it’s totally not worth playing this level. 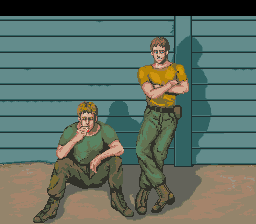 Just two guys, leaning against a wall, enjoying a cigarette. Nothing wrong with that! It’s as American as Hulk Hogan, arguing about politics, and movies involving pies. 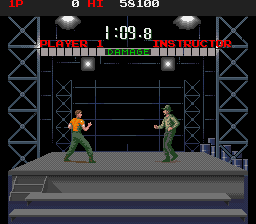 Drill sargeant [sic] taunts the recruit into a one on one physical confrontation. The player must use his best fighting techniques to defeat his instructor.

Does real military training work this way, where you have to engage in a grueling fight with your instructor before you can graduate?

Needless to say, nothing you have done thus far in the game actually prepared you for the Yie Ar style fighting game that closes the main leg of the game. And just like Yie Ar, the fighting is stiff, mechanical, and frustrating as hell. 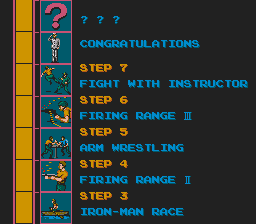 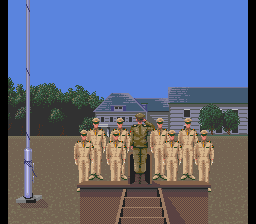 Your mother would be so proud, having become a soldier in the US Army after training through such grueling conditions, like your sergeant, Corporal… 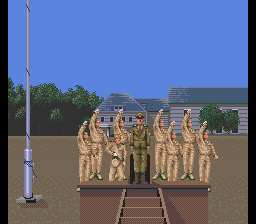 …wait. Is that…can we zoom in on that? 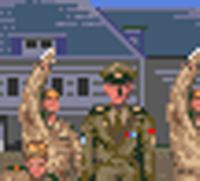 HOLY CRAP, IT’S HITLER. But even Hitler can’t bring a damper on these festivities, as you toss your hat in the air… 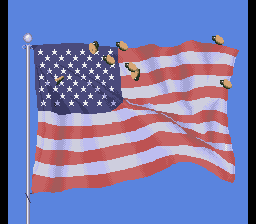 …and the flag waves bravely in the wind, and the national anthem plays proudly on Konami’s finest sound chips.

Nothing could bring you down off this high. 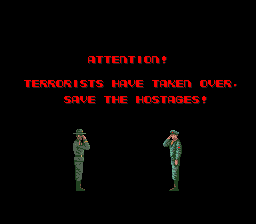 “Don’t be a chicken, soldier.” 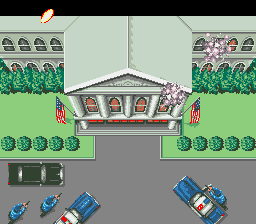 The local cops are worthless. Send in the Army – an Army of One! 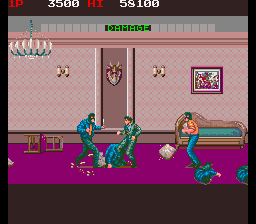 You head in – and it turns into Rush’n Attack, sort of. Actually, it’s much more like Nintendo’s Kung Fu. You don’t have any firearms, just the ability to kick and punch. And the terrorists have knives. And they are both sharp and pointy.

I’m sorry to say that even with the fullest extent of MAME cheating, I cannot get past this horrible level, where you are allowed one or two hits before you die.

Boot Camp was unique because it actually offered a penalty level if you failed out of a course. And as a penalty, you had to do chin-ups. And they really sucked.

I unfortunately can’t show you a picture because I have no recollection of how to invoke the mode in MAME. Believe me, I’ve tried.

Boot Camp was obviously not a remarkable video game. It barely made a splash in the grand scheme of the gaming landscape. It had a PC port, but never appeared on any consoles. I doubt many people had heard about it before reading this post, even those currently working for Konami.
But at the same time: I think that Boot Camp distinctly represents what the arcade industry in the 80’s was all about. Stamina and reaction tests, timers, cut together vocal samples, overly cheesy concepts and imagery, bad spelling. And when you consider how much of the gameplay came from other games, Boot Camp is the total package.