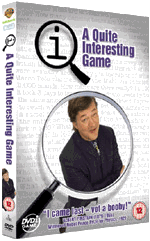 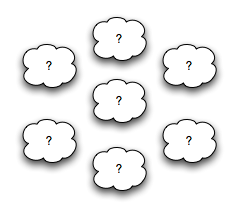 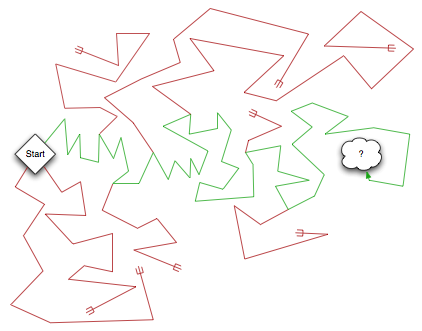 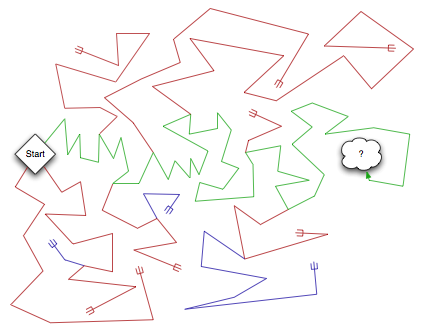 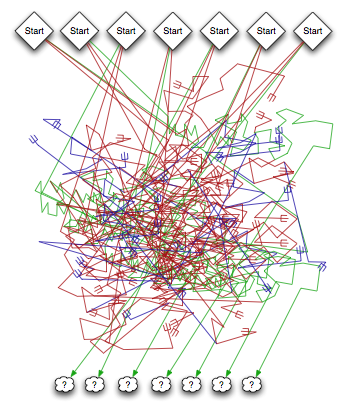 I have found a new television show to love. And like many television shows I love, it is nearly impossible to watch in the US.
The show in question is **QI**, or *Quite Interesting*. And the structure for it is indeed quite interesting – to quote the official site: 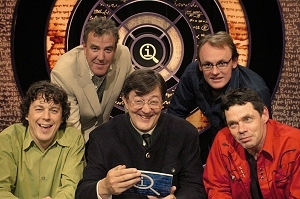 > Quite Interesting – or ‘QI’ to its friends – could loosely be described as a comedy panel quiz. However, none of the stellar line-up of comedians is expected to be able to answer any questions, and if anyone ends up with a positive score, they can be very happy with their performance. Points are awarded for being interesting or funny (and, very occasionally, right) but points are deducted for answers which merely repeat common misconceptions and urban myth. It’s okay to be wrong, but don’t be obviously, boringly wrong. In this way, QI tries to rid the world of the flotsam of nonsense and old wives’ tales that can build up in your mind. QI not only makes us look more closely at things, it encourages us to question all the received wisdom we have carried with us since childhood. Think of the program as a humorous cranial de-scaler.

QI features a panel of four comedians, the likes of which have included Hugh Laurie, Jimmy Carr, Clive Anderson, and Peter Serafinowicz among others. The show is hosted by the sublime Stephen Fry, and permanently installed guest Alan Davies plays the “intellectual counterpoint”, as it were.

In many ways, the show resembles long-form improv comedy. The panel starts with a question relevant to the season they’re in (more on this later), and the show drifts gently in whichever direction the conversation flows. Occasionally Mr. Fry must bring the show back into focus with another themed question, but it seems that by the end of the show, things have a habit of wrapping back into themselves. Which is undoubtedly the whole point of the show: to tease out the connections between things, to find the unintended comedy in what we’ve been indoctrinated over the years.

Regarding the seasons: rather than numbering the seasons of QI, they are lettered, and the major questions in each episode all deal with subjects that start with that letter. QI is the intellectual equivalent of Sufjan Steven’s [Fifty States Project](http://en.wikipedia.org/wiki/Sufjan_Stevens#The_Fifty_States_Project). Of course, with Sufjan only two albums in, and QI starting to tape the E season, Mr. Stevens will have some catching up to do.

Some in the audience may be rolling their eyes, thinking “there goes Dan with another show no one watches again”. It’s worth noting that the best selling book on Amazon UK in the last quarter of 2006 was the QI book, and that the show outperforms the typical BBC average ratings by over 600%. It is, seemingly, wildly popular.

Ratings and global media empires aside, the one thing that sold me on QI more than anything else was [their philosophy](http://www.qi.com/about/philosophy.php), which I’d like to quote a few portions of before linking to a video:

> …The world brims and bulges with interesting information, but these days it rarely reaches us. A preference for the quick fix on the part of both consumer and corporation offers increasingly materialist, visceral satisfaction. We want it easy and cheap and we want it now. Fashion, celebrity, pornography, lottery. The culture is withered and lame, flashy and shallow. They’re just not interesting…
> …Whatever is interesting we are interested in. Whatever is not interesting, we are even more interested in. Everything is interesting if looked at in the right way. At one extreme, QI is serious, intensely scientific, deeply mystical; at the other it is hilarious, silly and frothy enough to please the most indolent couch-potato…
> …And this is the point of QI: it is worthwhile. It is ‘autotelic’ – worth doing for its own sake. And it echoes the venerable mission statement of Lord Reith’s BBC: to educate, inform and entertain…

Below is a clip of one of the episodes from YouTube; it begins with a discussion of Barbara Streisand’s moustache, and proceeds as one would expect.

QI has enough appeal that it spurred my first and only order from Amazon UK over this past weekend. I hope that you, too, will find it quite interesting.