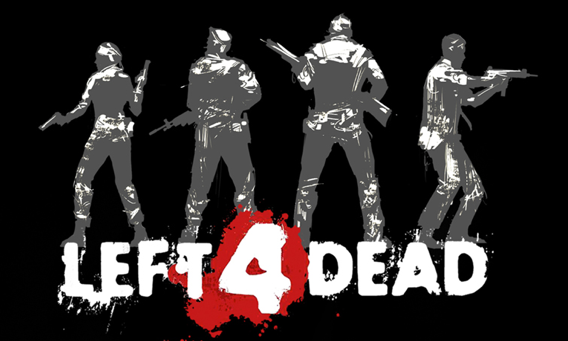 Left 4 Dead: the game that forced me to buy a headset, to acquire screen capturing software, and to lease a dedicated server.

Yes, I said *forced*. I didn’t really have a choice in the matter. 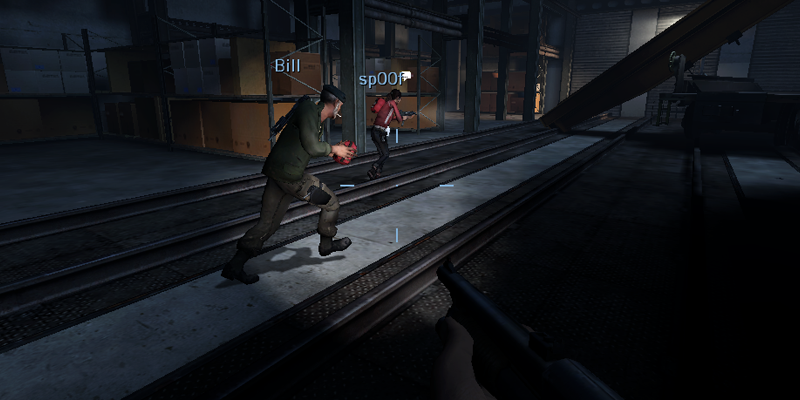 The gaming world has made it clear how important it is to do online multiplayer right, but very few games spend the time to work out co-op play properly. It’s often bolted on after, with the main campaign not being designed to accommodate multiple players on given missions.

But Left 4 Dead exists solely as a co-operative experience. Sure, there are bots that can fill in should you not have enough human players, but you cannot (usually) survive in this game on your own. Teamwork is not optional, it’s mandatory.

And every time you run the levels, you’re running a different experience. The weapons, the enemies, and every crucial health pack and bottle of pills (peels!) change every time you play. It’s all generated dynamically – as is the music, and the dialog. 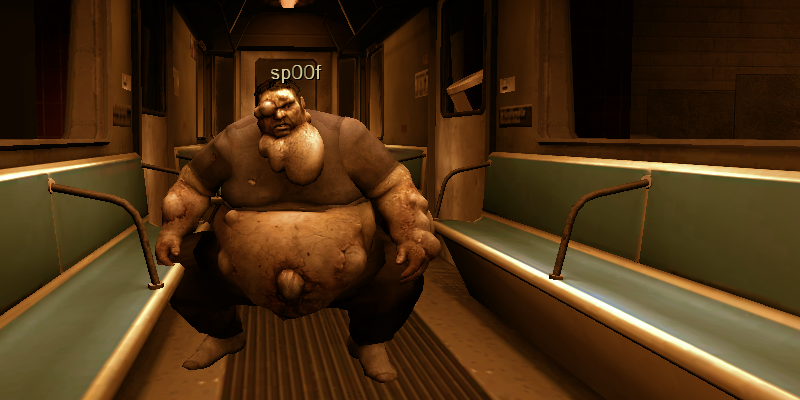 But the sweetest twist to L4D is Versus mode. No longer are you just a survivor, trying to escape the zombie hordes – now you get to spend half your game as the zombie horde, attacking the survivors on the other team.

There is no sweeter revenge than to lure away the guy who killed you the round before and pounce them as a Hunter, swiping away furiously while they scream for help. There’s no better team catharsis than running a perfect set piece. 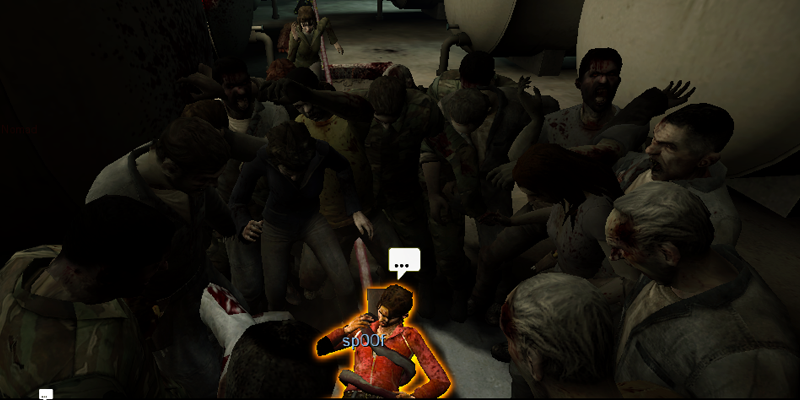 Left 4 Dead is the most social FPS game I’ve had the opportunity to play. Sure, there’s shit talk and rage quitting, but there’s also a sense of camaraderie. I would say 80-90% of the games I’ve played have been downright pleasant – even when my team gets destroyed.

Valve really hit the right combination with L4D, and it’s a game I see myself coming back to for years to come.

(Special thanks to Josh Gluck for inadvertently being my model for all of the screenshots.)

I’ve been having a blast playing Left 4 Dead – possibly the greatest co-op experience I’ve had this year, far beyond Gears 2 and Little Big Planet. I cannot recommend it enough. (I’m playing on the Steam version, in case you’re looking for teammates.)

Rock, Paper, Shotgun has a fantastic post up today about the one enemy that really unnerves me (and many others) – the witch.

This is an ode to a strange, huddled creature. A crying, singing, tangle of ragged limbs and ferocious eyes. Terrifyingly deadly, and yet so distressingly vulnerable. Left 4 Dead’s Witch is unparalleled for me amongst all of gaming’s enemies, more frightening and fascinating than any before. She is pure fear.

…She casts no spells. She possesses no apparent magic powers. She does not cackle, and she certainly does not wear a pointed hat. No cats surround her. She throws no runes. She shuffles no bones. But she is a Witch. The most terrifying form imaginable. For God’s sake, turn off your flashlight, stop firing toward those cars, and just walk past. And whatever you do, don’t turn around to look.

My first play-through of the L4D demo, we came upon a witch in a subway car. We weren’t quite sure how to proceed – all of our flashlights were off already, but having not dealt with one before, we weren’t sure how peripheral her vision could be.

I eyed my inventory – I had a pipe bomb. Surely, I thought, a squarely thrown pipe bomb could take her out.

I lobbed it at her, and watched it land right at her feet. I smiled as the beeps increased, and waited for the explosion.

Thirty seconds later, after my teammates had saved me from a severe witch-induced ass kicking (which coincided with another zombie swarm appearing), I had learned my lesson.