What is the appropriate reaction when you discover your words became a small part of history, and maybe influenced the future, for something you hold dear?

Last Friday on the Giant Beastcast, Dan Ryckert recounted his recent first trip to Sleep No More. (The discussion starts around 48:00.) I appreciated the conversation happening on a gaming podcast because the connection of the Punchdrunk show to gaming concepts has always been part of my worldview. Michael Abbott’s post drawing those parallels was part of what drove me to the show originally. I was so enamored with the execution of this theatre/game hybrid, I named Sleep No More my “Game Of The Year” for 2011 over titles like Bastion and Skyrim. (The piece also included what could be charitably called a walkthrough as well as a list of achievements.)

This morning, with the memories of SNM still dancing in my subconscious, I finally cracked open my copy of The Punchdrunk Encyclopaedia. Published this past December, the book covers the history of Punchdrunk, their projects, and their immersive theatre design concepts in an enjoyable non-linear way. The encyclopedia format, with cross-references between entries and occasional full-page related topics, allows you to wander between concepts like you would an immersive set.

My read was fairly linear, going A-Z and spending time on the concepts I wanted to know more about. And just as I was about to put the book down, at the “References and Further Reading” appendix, my eyes flicked to the corner and grew wide:

Why was I being referenced in the official history of Punchdrunk in any capacity? I quickly fired a text to Kathryn Yu, friend / managing editor of No Proscenium / my original shepherd into the world of immersive theatre.

After some random entry checks, I struck gold on the entry for gaming. With a closer read than my first pass, found this quote:

“We didn’t set out to build work to be like first-person computer games. Instead, as our productions became more intricate and detailed it was a lens through which audiences began to view and compare the work. We recognise that the work offers fully realised realities within which audiences are immersed. Immersion of this depth is addictive and those interested in gaming feel the work offers a physical alternative to gaming. Just as games are played many times over, audiences return again and again to Punchdrunk worlds; with Sleep No More, NYC, an audience member who frequented the production reviewed it as one of his top ten games [see Dickinson 2011].”

Finding yourself referenced in a book without warning would’ve been enough to weird me out for the day. But then came a text from Kathryn: “I FOUND IT” and a link to a recent Guardian article:

This was a turn I wasn’t prepared for.

But something strange happened after Punchdrunk brought Sleep No More to New York in 2011.

“We had an amazing weird moment when the papers and blogs were doing their round ups of ‘best album of the year’, ‘best film of the year’ and so on,” [Felix] Barrett remembers. “In one of them, Sleep No More got ‘best game of the year’”. The article described the show using gaming vocabulary and vernacular. Its hidden secrets were “Easter eggs,” while discovering a new floor was “levelling up”, and the choice of where to go made it an “open world”.

“When we were described as a video game I started going back to games to find out more about them, to unpack it, and learn more about game mechanics,” says Barrett. He realised while Punchdrunk wasn’t “ever directly inspired by an open-world game”, open worlds give birth to choice, which creates a new way to tell stories – similar to what he was trying to achieve in theatre.

– Alysia Judge, “‘Playable shows are the future’: what Punchdrunk theatre learned from games“

Some Googling reveals that I appear to have been the only person who ever declared the show “game of the year”. Which means Felix Barrett read that blog post and considered it an “amazing weird moment”.

“That crazy space between video games and theatre, I reckon is the next frontier. […] I’m taking literal game mechanics to enter theatre … That’s totally what we’re doing. Asking questions in that space. […] I actually don’t think there’s a vocabulary for it yet. For a while, ‘immersive theatre’ was bandied about, but whatever this new thing is called, playable shows are the future.”

So…Felix Barrett read that blog post, considered it an amazing weird moment, and it may have triggered him down a path of deeper consideration of how to marry game mechanics theater, and that’s what Punchdrunk is working on now?

That’s one hell of a one-on-one.

I lay no claim to originating the idea of comparing immersive theatre to gaming. (Again, Michael Abbott’s post put the idea in my head long before I ever attended.) And I don’t dare believe that my words alone sent Punchdrunk down whatever creative rabbit hole they’re currently exploring.

But there’s something bewitching about my words echoing back seven years later in this way, in the book in my hands and the subhead copy on my screen. To know that I left even a small imprint on the Punchdrunk team, in the subconscious way that their shows did on me, makes me glow a little.

(Felix, Peter – if either of you somehow end up back on this small corner of the internet and read this, I’m not sure what to say except: thank you both.)

Yesterday, I was heartbroken (as were a hell of a lot of folks) to learn that Ryan Davis, co-founder of Giant Bomb, lover of SUMMER JAMZ and New Balance sneakers, passed away suddenly last week. He was 34 and had gotten married four days prior.

It’s hard to explain what a good, passionate guy Ryan was. I became a huge fan of his largely because of his tireless video project, This Ain’t No Game, where he forced himself to endure every video game-based movie. (If you’ve never watched TANG, now is an excellent time to do so.) His voice and sense of humor pervaded Giant Bomb’s podcast and video work, which became staples of my gaming world over the last five years.

So many people have written about the spot Ryan held in their lives, and it speaks volumes to how beloved he was in a community that largely thrives off snark and bitterness. And while I didn’t know him personally (my only interaction being mumbling something at him at PAX East a few years back about being a big fan), I do have one small fairly dumb story. It’s not dissimilar from my one Steve Jobs anecdote, although it’s not nearly as good.

April 1st is, of course, April Fools Day and/or Internet Asshole Day, full of terrible “pranks” around the internet. (I don’t do April Fools jokes after the prank to end all pranks in 2004.) The gaming community ends up particularly burdened with site owners trying really hard to do something witty and wacky, and it drives most of us up the wall. Including Ryan.

at some point today, you will begrudgingly say “ok…that one was pretty good.” and the cycle of abuse begins anew #liarsday

Having just finished Bioshock Infinite, I decided to try my luck at cracking a timely joke, which will (of course) only make sense if you’ve finished Infinite.

It may have been exhaustion from other bad jokes or the fact that Bioshock Infinite jokes hadn’t yet gotten obnoxious (we’d hit that milestone maybe an hour or two later), but it apparently amused Ryan enough to get a retweet out of him. And the subsequent back and forth of further Infinite/April-Fools-Is-Terrible jokes with my compatriot Benjamin Birdie also got retweets from him.

That initial retweet has been stuck at the top of my ThinkUp dashboard since April – something with the recent betas broke the insights from updating, and I’ve been too busy to really sort out fixing it. But perhaps it’s not broken; maybe the accomplishment of making Ryan chuckle on the worst day on the Internet for jokes is an achievement worth holding on to.

Dumb personal Twitter-based anecdotes aside – I’m not sure what the gaming industry will be like without Ryan in it, but I hope he inspires more people in it to be more honest, funny, and actually have a good time. More folks like Ryan, and less Dorito Popes, please. 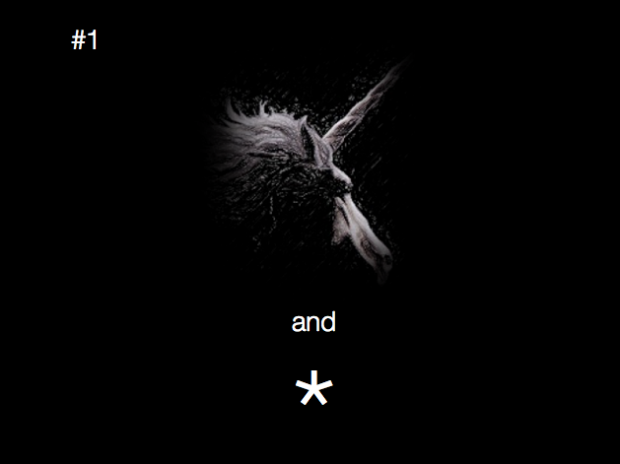