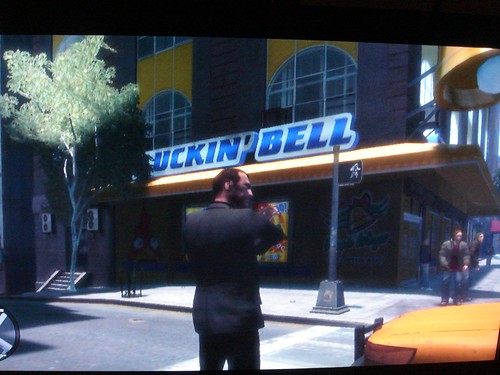 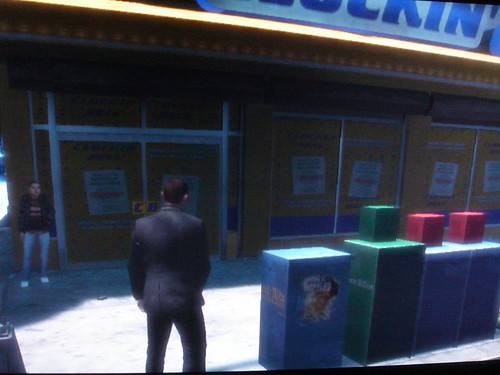 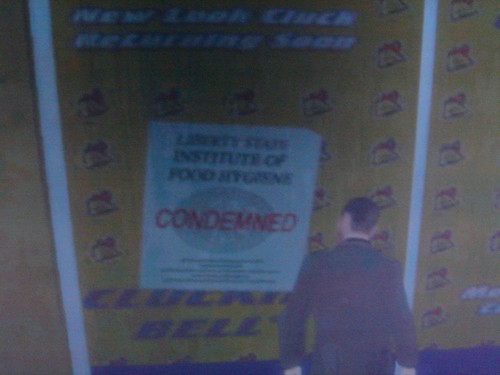 Recently, I meander back to my computer and see this in an IM window:

You may recall, many months ago, I posted some alleged photos of my cat playing Beatmania IIDX. They become one of those nice inside jokes in the US IIDX community.

Forgive me, friends, for I have sinned. 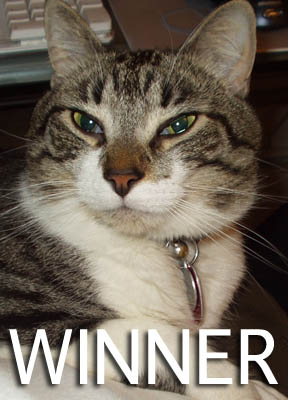 There exists, in my very warped sense of humor, a particular brand of joke called the Get It joke (often capitalized and followed by alternating question and exclamation marks, as above.) Thankfully, there are other people with related senses of humor, so I cannot say that this bizarre type of joke is limited to myself. However, in the hopes of explaining it to the rest of the world, I’ve opted to formalize the specification for just what defines this oddball humor.

What is a GET IT joke?

The concept of a Get It joke is the unintentional use of a phrase that has a secondary connotation to the audience it’s being said to. This is largely prevelant in the Bemani community, and is carried out with song titles or specific terms relating to the games. Thus, to “get it”, the audience would recognize the Bemani reference, and chuckle to themselves.

<BemaniKidA> Hey B, did you hear about what happened at The Break this weekend?
<BemaniKidB> A, I was the one who told you that story.
<Remy> GET IT?!?!

(In this instance, I am pointing out the use of the term “I Was The One”, which is a song by good-cool. If you were not aware of this even before I was explaining it to you, I will warn you now – it only gets weirder from here.)

Proper Form Of A Get It

There are, in fact, two forms to this style of joke. The most common use is the third person style, as above. The joker will loudly interject a “GET IT” at the appropriate time in the middle of the conversation, as close to the line of text as possible. If it’s been a few lines, it often helps to paste the text, draw an ASCII arrow at it, and write the GET IT on the same line.

There is also the first person form, or the “pre-emptive” get it. In this instance, you intentionally slip a Bemani reference into your regular conversation. To indicate that you have already “gotten it”, procedure dictates that you capitalize the song title in question.

Acceptible Get It References

Song titles are okay from any Bemani title. More credit is given for obscure songs or clever catches, but if you delve too far into obscurity (picking songs off Mamba A Gogo, for instance) will lead you to no one getting it.

Bemani artists are acceptible, under the same guidelines as song titles.

Other terms, such as grades or characters, are generally frowned upon unless they are extremely witty. For instance, me just saying “extreme” in the last sentence is not acceptible for most people. However, were I to say “too deluxe”, that could be used successfully.

If the Get It Joke is truly great, standard laughing is the norm.

If it is merely average, however, the common response is “HURHUR” or some variation thereof. HURHUR may also be used in the joke itself to pre-empt the response process entirely.

In the event of a real life Get It, physical violence is always an option no matter the joke.

In cases of extreme boredom, users on IRC may break out into a fight of pre-emptive Get It jokes. These are often tensely fought and will sap your faith in humanity if you witness one.

* The invention of GET IT jokes is generally credited to Ukyo, who was banned from #ddrfreak for making so many of them.
* The most common back and forth series is “Man, do I have a HEADACHE”, with the response “Then take some TABLETS”.
* GET IT jokes should not be confused with references to “truly”, “carried out”, “a fantastic”, or “the pinky is extended”. These are all a different inside joke.
* Again, get it jokes are NOT limited to Bemani references. They can be used for any pun-related word play at any time. But what’s the fun in that?
* A warning: If you invoke too many GET IT jokes, you may end up with a condition where you will start catching them in every day life and your brain will be saying GET IT?!?! to itself. This is a horrible, horrible condition that the medical research community is only beginning to look into. There is no cure. Please, don’t let Getitis happen to you.

(If you’ve made it all the way to the end of this, you may be thinking, “God, does this guy have a life?” If you’ve been reading my blog for a while, it should come as no SHOCK to you that I don’t.)