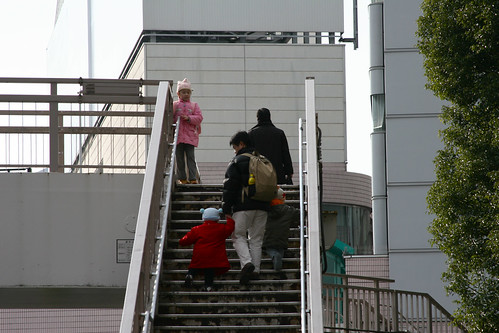 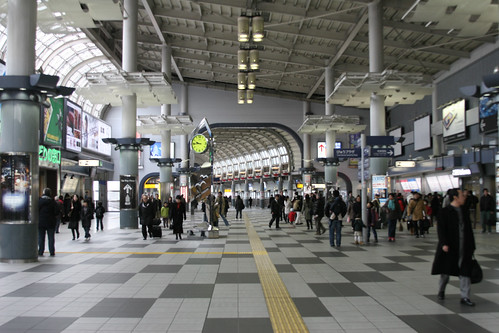 One of the things I am really enjoying about Tokyo is how intricate and lively the stations are. American mass transit systems tend to allow only for a newsstand at the major stations; London is slightly better with vending machines near the tracks. But Tokyo has shopping malls surrounding and inside the transit system. The Shinagawa station alone has bookstores, CD/DVD stores, and a whole dessert-focused food court (among other dining options) beyond the turnstiles. 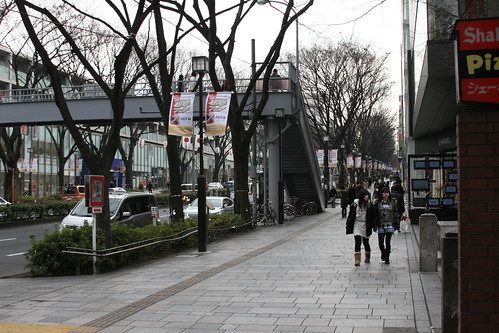 A 20 minute train ride later brought us to Harajuku. While a Wednesday trip doesn’t provide the opportunity to gawk at dressed up teenagers (they tend to come out on Sunday), it did let us explore an area that seems to be a cross between (in NYC terms) Fifth Avenue and the East Village.
The two main shopping streets run parallel to each other and both start at the station. Omotesando is the Fifth Avenue side – lots of international stores like Ralph Lauren, Gap, and Chanel. 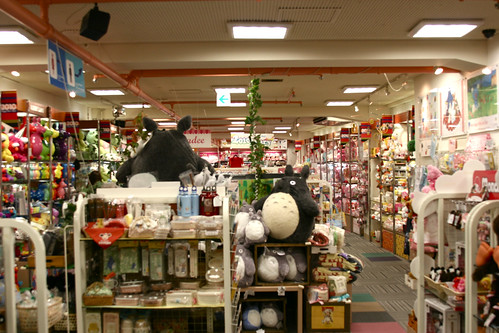 Omotesando is also where you can find KIDDYLAND, a six store toy store that has been serving happiness since 1946. It’s a worthwhile stop, if for nothing else to see how much floor space various franchises take up. (Pokemon gets about 30 square feet on B1, while Peanuts/”Snoopy Town” gets an entire floor.) 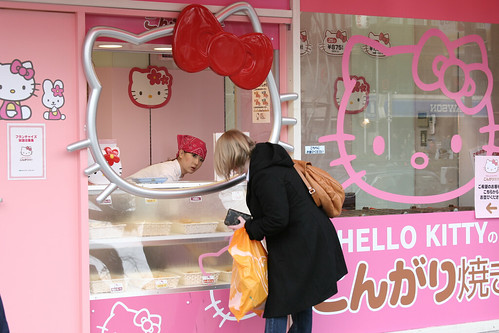 Outside of KIDDYLAND, a bakery turns out fresh baked Hello Kitty pastries with various fillings. A bag of 10 is about $4. 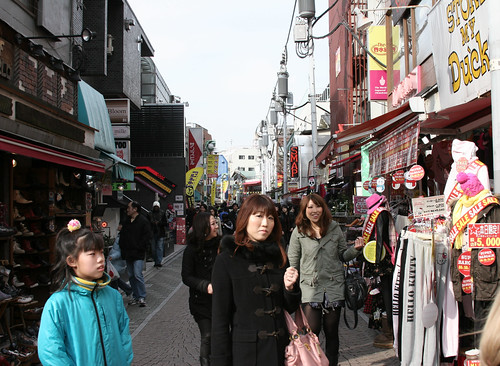 A few blocks north from Omotesando is Takeshita Dori, a pedestrian only shopping mecca. This is the Harajuku you may expect, with ridiculous clothes and accessories and throngs of people. There’s a number of restaurants as well, but most people seemed to be queued up for one of the many crepe stands that all smelled delicious. 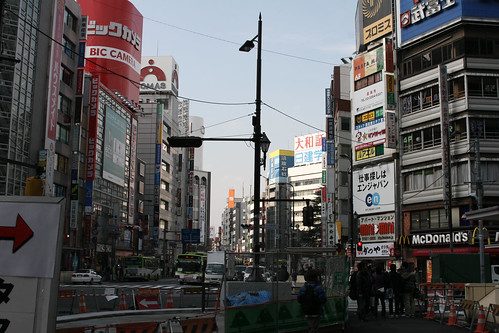 Our last major stop for the day was in Ikebukuro, a fairly commercial district where the train station is sandwiched in between two department stores: Seibu (apparently meaning “west area railway line”, located on the east side of the station) and Tobu (apparently meaning “east area railway line”, and naturally located on the west side of the station).

(A quick aside: there are ads practically everywhere for Seibu’s WE LOVE BARGAIN sale, and the TV commercial has aired so much I may start impulsively buying Kumi Koda’s music. The ad is damn cute.)

We took lunch at a Korean buffet on the 3F of Tobu Spice2, which required a lot of gesturing and *sumimasen*-ing. On the other hand, it was cheap and tasty. If nothing else, I am appreciative for the patience of the Japanese for those of us who know next to no Japanese. 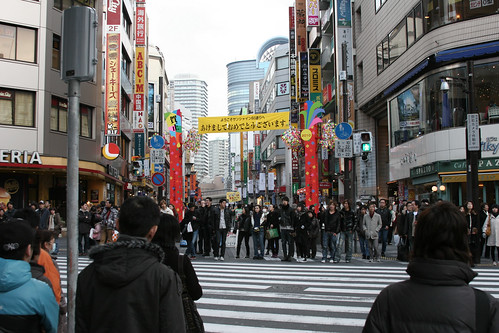 We then crossed back through the train station to the east side, and made our way to Sunshine 60 Dori – another pedestrian mall shopping strip. We unfortunately didn’t find anything terribly unusual, so we beat our way back to the train and returned to Shinagawa.

For dinner, we opted for the set menu Mizu no Uta, a few blocks from the hotel. Sitting at the counter, we were treated to some of the best tuna I’ve ever tasted – perhaps too much of it. We started to run out of steam around the time we were grilling our own thin strips of tuna, and when a fried rice course came out immediately after, it became a struggle. Still – great food, and I can now cross the “sushi/sashimi” off my Tokyo food checklist. Now I just need to find a proper bowl of ramen and some tonkatsu.