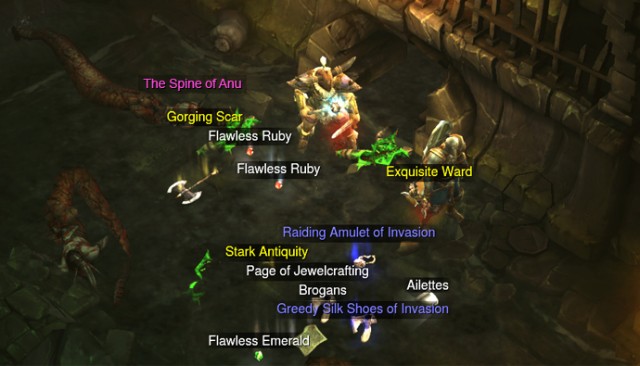 This past weekend, one of the most reviled – and (it should probably be mentioned) most successful – figures in the gaming industry received a lengthy profile in the New York Times:

Mr. Kotick, 49, has reason to be annoyed. Not since the music industry’s heyday has there been a business with such a wide disparity between the popularity of its products and its customers’ perception of the chief executive who made those products possible. Video games are among the most successful segments in the entertainment industry, and the disdain heaped on Mr. Kotick in video game blogs is second only to the admiration for him on Wall Street.

Bobby Kotick is seen in such negative light not because of the success of Activision, but because of how he gets there. Notorious for rejecting games that couldn’t be “exploited” into yearly franchises, Kottick personifies a lot of disliked trends in the gaming industry.

Blizzard, which is part of Activision, has generally been seen as the exception to Kotick’s rule. The studio famous for World of Warcraft and Starcraft, it is believed, tends to follow their own hearts and dreams. And when Diablo III began its long gestation (around 2005), it was widely given that the game would turn out magnificently. A ship date of “when it’s done” was grumbled about, but accepted. Genius takes time.

But with that long a development cycle, some questionable choices are always going to get made. The color palate went from traditional Diablo to something more akin to watercolor; gamers revolted, and it went back to dungeon-esqe. Achievements were added, something the series had never had before. Then came news the game could only be played online, leaving those people who might want to play without an active internet connection out of luck.

If there was any design decision that sucked the fun out of Diablo for me, it was the inclusion of an Auction House. I generally have nothing against the transfer of digital goods, but it defies the model under which I played Diablo in the past. The joy of the game was always doing runs through levels, hoping that some amazing loot would tumble out of a corpse or a chest. But why leave the game to chance when there’s seemingly every permutation of item in the game available in the auction house, so long as you have enough gold?

Once the auction house went live, my entire style of play shifted. I found myself no longer hoping for that magical drop – most of my loot drops were getting thrown into the auction house for someone else to buy. Once I stockpiled enough gold, I’d do a quick appraisal to figure out what I needed the most, and then quietly stalk the auctions until just the right gear was available. My character evolution became less about playing the game, and more about being a good shopper.

That’s what killed Diablo III for me. Not the lack of PvP all these months later, and not the rather dull end game. It was that they implemented a very modern, very smart revenue stream that ended up sucking the main reason I play right out of the game.

I blame Bobby Kotick for that – even if he had nothing to do with it.

Diablo III is available for Windows and OS X. My experiences were largely with the OS X version.