So yesterday, there was a big snow storm. Most of the East Coast freaked out, which is somewhat reasonable for getting over a foot of snow in about 12 hours.
Today, there was word going around that there was going to be some sort of geek snowball fight. At first glance, I was a little put off – one VC emailing a tech mailing list does not a snowball fight make. I was strong armed by (close friend) Alexandra Klasinski to show up, and so we trudged out of our warm apartment into the very snowy world. 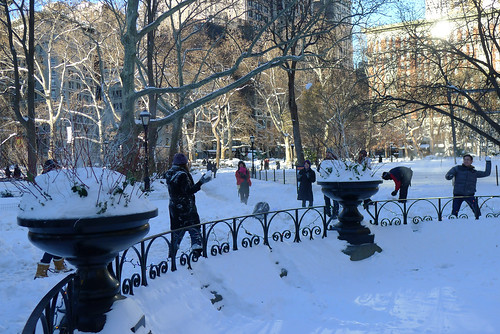 The snowball fight itself was mostly a non-event – there were about 30 people, and the snow wasn’t packing terribly well. Shake Shack was nice enough to bring us little cups of hot cocoa during a break. Lots of people took photos, including myself. It was a nice enough time, I suppose. Afterwards, a small group of us trudged over to Hill Country Chicken to sit in the rec room and dry off/warm up while downing fried chicken and watching Arsenal clobber Chelsea. 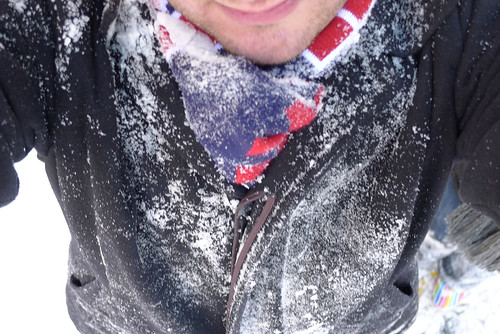 After a longer than usual PATH ride home, I dumped my photos and giggled with Alex and Katie over the whole event. Then a video showed up from ABC 7, who had two vans nearby and decided to shoot some B-roll of the fight. Why? Because it was a slow news day.

(I’m in the video in the background pulling Katie out of the snow at one point – look for the orange Parappa The Rapper hat. The girl in the red coat getting bleeped and then dumped in the snow towards the end of the video? That’s Alex.)

Just as we finished laughing about that, a somewhat peeved tweet hit my timeline:

Curious – I hadn’t seen CNN there. Clicked through, jaw dropped: 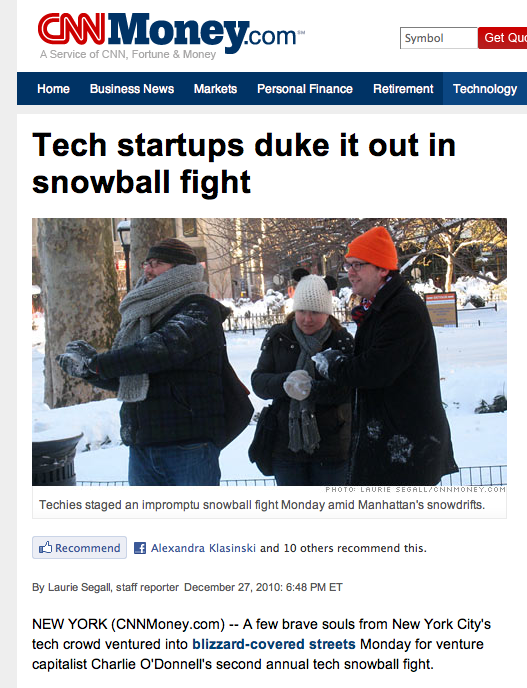 Katie, Adam Kuban, and I – three people I would not typically describe as part of “NYC’s tech crowd” – are the lead photo on a CNN Money article. Why? Because it was a slow news day.

It turned out to also be on the front page (and still is, as I write this), which means we were the lead photo on the lead article on CNN Money today. Why? Because it was a slow news day. 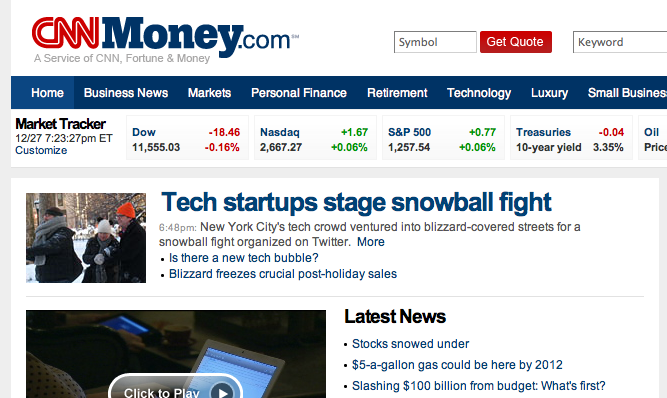