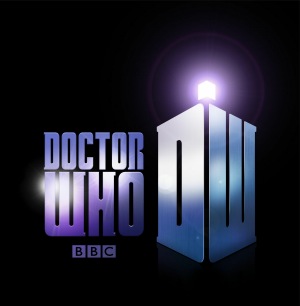 How I fell into Doctor Who was predictably random: while reading up on long-running British gameshow Countdown, I noticed a callout back to Doctor Who, read up on it, and jumped over to Amazon to grab “Season 1” – the reboot in 2005 with Christopher Eccleston as The Doctor. It was downhill from there, as Katie and I shotgunned our way through the first two seasons and then promptly fell into step with the third season as it aired in England. 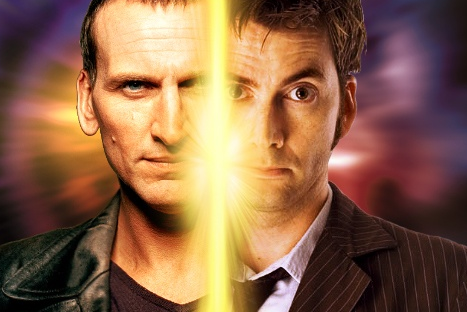 As the gag goes, you never forget your first Doctor. And even without much context from the previous series, I loved Eccleston in the role, so much so that I was a bit crushed when he regenerated at the end of that first series. But I grew to love David Tennant all the same over his tenure, even while slogging through some really awful episodes.

Word that David was leaving the show made the news about a solid year before he left, and a young fellow named Matt Smith was shortly announced as the 11th Doctor. My immediate reaction: mixed. The Doctor would be portrayed by someone younger than I am, someone without a lot of notable acting experience – a little peculiar. On the other hand, former show-runner Russell T. Davies, (who I had grown to dislike a bit) was on the way out and Steven Moffat (who penned most of my favorite episodes) was on the way in. I felt very wibbly-wobbly about the transition plan.

Katie, who was a huge Eccleston fan, and had rallied against Tennant for all of five minutes (“he had me at ‘Barcelona'”), was adamantly opposed. And so we went through the “season of specials” with a heavy heart, because we knew the end was coming soon. (Outside of the brilliant “The Waters Of Mars”, most of the specials were terrible. This didn’t help things.)

While the new season has started on BBC One, BBC America will only begin airing the series in the US this Friday. This is far better than their usual track record, which is typically a year behind. Even more shocking: they’ve been advertising! On the side of MTA buses!

And then it turned out they were doing a press tour, in NYC, and one of the stops was going to be right in my pocket: the Paley Center, home of many past events you may have heard me blather about.

So last night, with a full house, we sat down and watched the premier episode of the new season of Doctor Who. Now, I had already seen it, and I gather that most of the fans in the audience did too. In fact, a woman sitting near me indicated she had already watched it 12 times. But there was something extra special about watching it with that group – during a sequence right near the end (you’ll know which one if you’ve seen it), the cheer from the crowd was tremendous.

Onto the important part, the panel: Steven Moffat (executive producer/writer/showrunner), Matt Smith (The Doctor), and Karen Gillan (new companion Amy Pond) in conversation with Clark Collis from Entertainment Weekly. Just about half an hour long, mostly audience Q&A. And I have some mental notes! (The lightest of spoilers ahead.)

After the panel ended, a reception was held, and by some miracle the cast stuck around. And after gathering autographs on the cover of the most recent Doctor Who Magazine, we nabbed a picture: 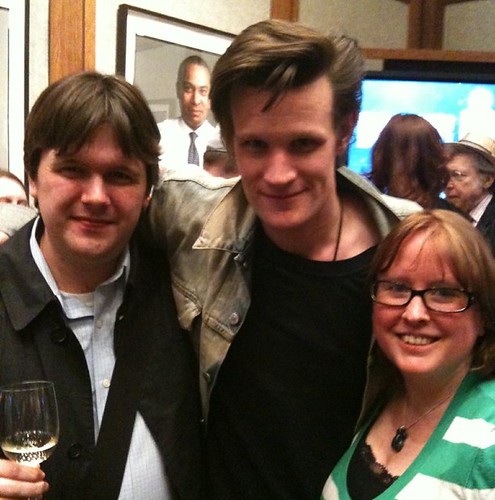 So, yeah: met the team who’s carrying the torch of the longest running sci-fi show in history. A pretty decent Monday night.

Doctor Who premieres on BBC America this Saturday (4/17) at 9PM EDT.

(One last thing: a huge heartfelt thanks to everyone – especially Bob Eng – at the Paley Center for putting together such a brilliant event. The Paley Center is a wonderful resource, and I cannot recommend becoming a member enough and helping an institution that’s striving so hard to try and preserve modern media and culture. Museums have been hit extra hard during the economic downturn – philanthropy is way down across the board – so consider backing what I firmly believe is a very necessary cornerstone.)