Once a year, Valve drops the bomb that is the Steam Holiday Sale.

Traditionally, it doesn’t start until after Christmas, but with increased competition in the digital download arena, they decided to throw the switch early this year.
With so much on sale, it may be difficult to reconcile the reviews with what’s on sale. Never fear – I’ve taken a stroll through my Steam account and bring you this set of recommendations. This isn’t meant to replace my inevitable “Games of 2009” post, but a lot of the games here will be there.

Some caveats/notes before I start:

1. Prices may change at any time during the sale, which runs through January 3rd. There are some daily specials on the front page, so do take a look there. As I write this, Grand Theft Auto 4 is $7.50, which is nearly a no-brainer – but this guide is largely limited to the regular sale prices.

2. Recommendations are largely based on game quality/enjoyment, but consideration has also been given to how much of a discount each title is at. 2009 titles are certainly favored as well. This isn’t to neglect some good older titles that are only mildly on sale – there’s only so much I can focus on. For a true quantitative look at how much love I’ve given each game, check my Steam Community games page. (This is also a fantastic way to become disgusted with me very quickly.)

3. Steam does require Windows, so if you’re OS X only, this may be the time to put the effort in to a Boot Camp install or some virtualization. Remember that buying things for a Steam account keeps them in your account for perpetuity, so pre-loading an account for your inevitable Windows gaming future isn’t a waste of money. 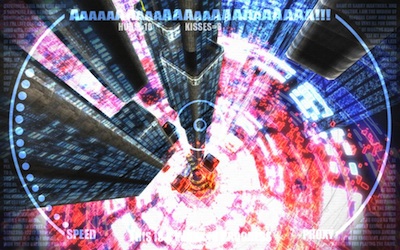 AaaaaAAaaaAAAaaAAAAaAAAAA!!! – A Reckless Disregard for Gravity ($10 -> $7.50) – besides being the Best Named Game Of 2009, it’s also a slyly addictive base jumping game. You’ll curse and scream and pray that you don’t break every bone in your body as you bounce off of buildings and try to nail the landing. 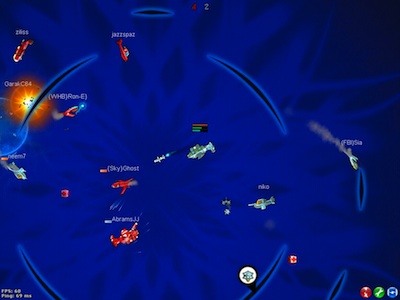 Altitude ($10 -> $7.50) – this has been my obsession over the last week. Easy drop-in/drop-out network dogfighting, with classes (like TF2!) and perks (like COD!) and a vibrant community. Added bonus: buy this, create your account, and it’s portable to any platform, including OS X and the web version. 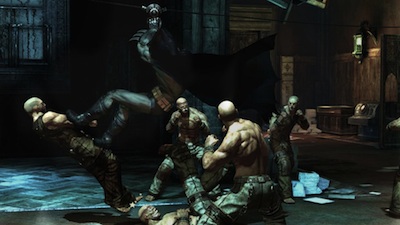 Batman: Arkham Asylum ($50 -> $33.50) – the best superhero game in years. Everyone remains shocked that a mostly unknown studio turned out something this beautiful. Haunting, full of things to explore, and possibly the best 3D Metroidvania title I’ve ever played. (Of course, if you can drop another $20, you can get every Eidos game on Steam including Batman.) 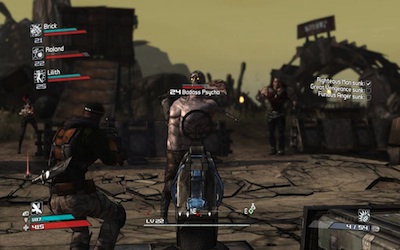 Borderlands ($50 -> $33.50) – the best role playing/first person hybrid since Deus Ex, perhaps. Certainly with four player co-op, it’s hard to argue. If you have a bunch of friends, buy the four pack to knock the price to ~$25 a copy. 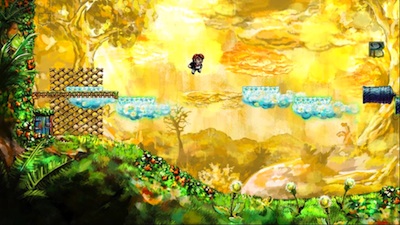 Braid ($10 -> $2.50) – lavished with so much artsy praise, Jonathan Blow’s puzzle-platformer is hard to have not at least seen once, even if it was in Soulja Boy’s video review. Not much replay value, but that first run-through doesn’t disappoint. 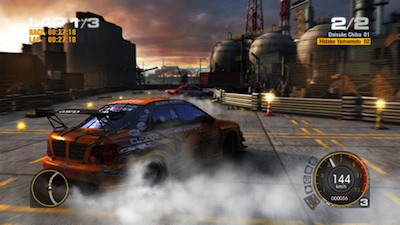 GRID ($30 -> $15) – I’ve never gotten into the DIRT series, because I’m not particularly interested in off-road racing. GRID keeps you on the pavement, looks gorgeous, and handles fantastically, even if you’re not using a racing wheel. 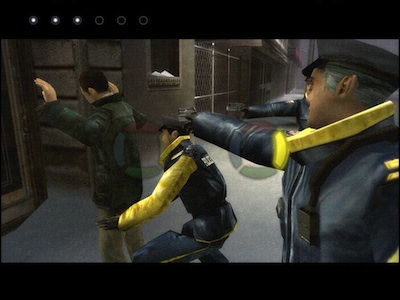 Indigo Prophecy ($10 -> $3.40) – are you all a-quiver over Heavy Rain? Try Quantic Dream’s well regarded (although bizarrely scripted) predecessor. The opening scene in the diner alone is worth $4 of entertainment, so the value proposition is high. (Also, the only game I’ve ever played with a mental health bar where if you are too socially inept, your status goes to “SUICIDAL”. Really.) 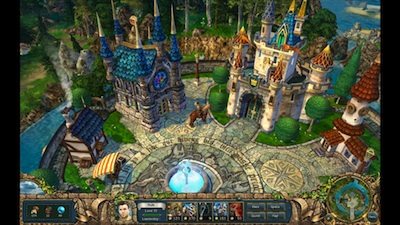 King’s Bounty Gold Edition ($45 -> $30) – I haven’t played Armored Princess yet, but I really enjoyed The Legend as a fairly open strategy RPG. Somewhere between a character driven RPG and a turn based war game. 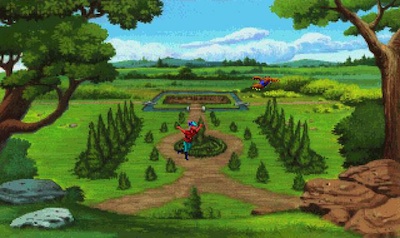 King’s Quest Collection ($20 -> $5) – I cut my gaming teeth as a kid on Sierra’s stuff. I still associate the smell of invisible ink with failure, because inevitably I had to turn to hint books. Here, you can get all seven classic adventure games for less than a buck a game. WELCOME TO MY HUMBLE ABODE. (Space Quest Collection is also $5, if you’re more the Roger Wilco type.) 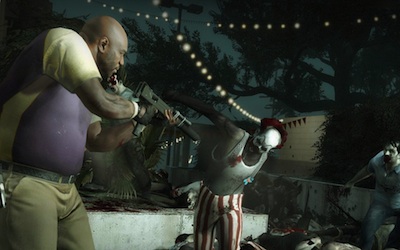 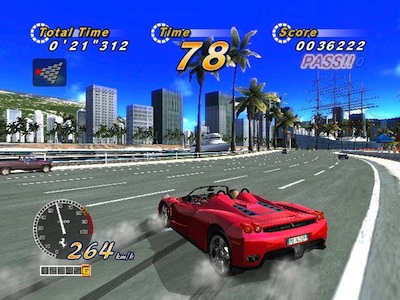 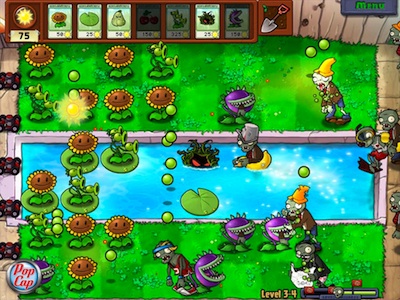 Plants vs. Zombies ($10 -> $7.50) – I was incredulous when I heard Popcap was making a zombie game. I was even more incredulous when it included adorable cartoon plants. Still, it works. Who am I to doubt Popcap? Best tower defense game this year. 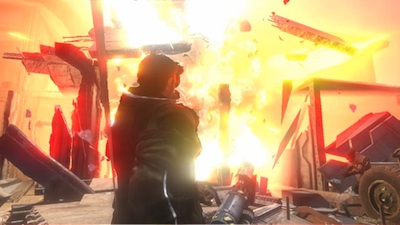 Red Faction Guerrilla ($40 -> $20) – Volition really nailed the potential joy of a sandbox game where you are focused on destroying buildings. After the hell that was the Saint’s Row 2 PC version, I was hesitant, but this is solid. 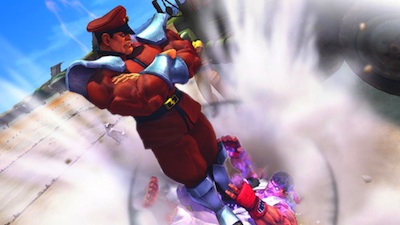 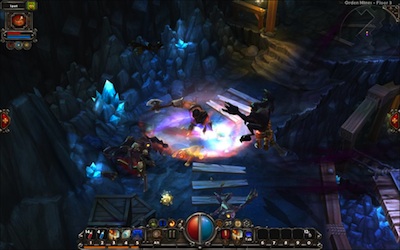 Torchlight ($20 -> $10) – a very competent Diablo clone. No multiplayer, but a solid experience with some nice touches. 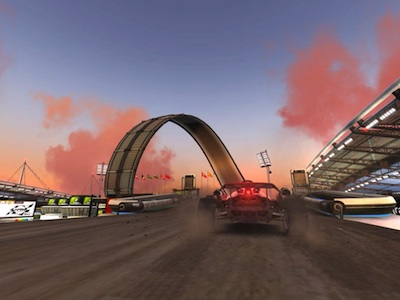 Trackmania United Forever Star Edition ($40 -> $20) – Nadeo’s long-running casual racing series may be one of the biggest secrets to US gamers, especially since it hasn’t gotten any significant love on consoles. With addictive gameplay, simple controls, and a mammoth community providing content for it, it’s a good pickup for anyone who likes arcade racing. 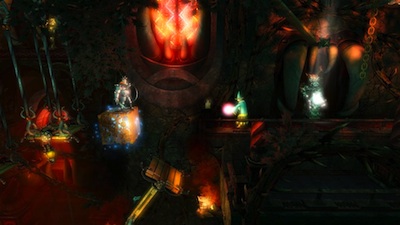 Trine ($20 -> $8) – very pretty but hard to describe. Is it a action game? Sure. Fantasy environments? Check. Robust physics puzzles? Indeed. Definitely worth the $8. 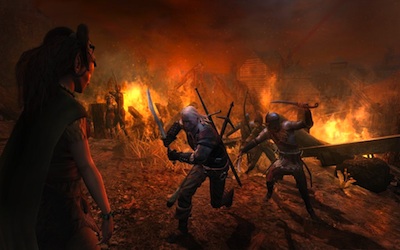 The Witcher: Enhanced Edition Director’s Cut ($40 -> $13.60) – before everyone started going crazy over Dragon Age, everyone was nuts for The Witcher. It’s a deep, lengthy RPG that is sure to suck up lots of your time. 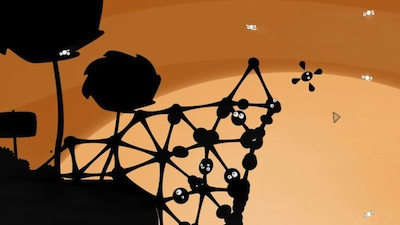 World Of Goo ($20 -> $5) – this game has had so much praise heaped upon it that I nearly didn’t list it as some sort of anti-hype backlash. But it really is a wonderful little puzzler, and should not be ignored in the off chance you don’t already have it.

Keeping in mind that people may want to budget themselves, here are some general recommendations for how to flex standard currency denominations. (Be aware that I cannot read your mind about what you might already own.)

$10 isn’t much to work with at all, but it will get you Outrun 2006, World of Goo, and Braid. Nothing terribly deep, but consistent thrills all around.

$20 says “I’m willing to give up a pizza for entertainment”. I can admire that. Between Trine and Torchlight, you’re looking at about 20-30 hours of gaming.

$50 says “I’m ready to commit to this whole PC gaming thing”. The perfect $50 four pack is AaaaaAAaaaAAAaaAAAAaAAAAA!!!, Altitude, The Witcher, and Red Faction Guerilla. Alternately, grab the Eidos Collector Pack and get two excellent games, a handful of very good games, and assorted other detritus.