I have a small subset of my home music collection on my work computer. A number of these tracks are things I purchased off the iTunes store, which includes a fair number of tracks that I can only justify owning as “for nostalgic value”.

Because I value nostalgia so deeply, many of these songs end up in rotation, and I’ve taken a small amount of shit from a coworker about the number of times he’s heard House Of Pain’s *Jump Around* in the last month.

After publicly threatening to purchase a copy of Wreckx-n-Effect’s *Rump Shaker*, Adam Kuban (a fellow crap music lover) gifted me the song on iTunes.

But this, I fear, is not enough. Two obnoxious 90’s songs are not enough to terrorize an office, and even the Richard Cheese albums have too much artistic merit to enjoy ironically. I promised my friends that I would out-crazy them in 2008, and if there was ever a resolution I intended to keep, this is it.

So to my coworkers, I apologize. My hand has been forced. 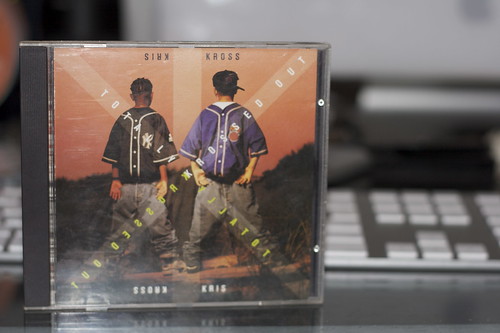 This is, as it turns out, the second CD I ever owned as a child (the first being the original C+C Music Factory album). For the years of 1991 through 1996, I lived on a musical diet of the sorts of things one would hear at a middle school dance (not strange, considering I was *in middle school* at the time). Regardless, my mom was throwing out some of my things and came across a pile of CDs. This one deserved rescuing.