If you thought the situation was strange before, wait till you see the press conference.

I’m going to take a small chance to editorialize here: I’m confused how you can arrest someone on charges of setting up a hoax device when the device was neither phoned in as a bomb nor looked like a bomb. 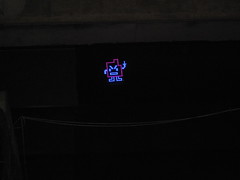