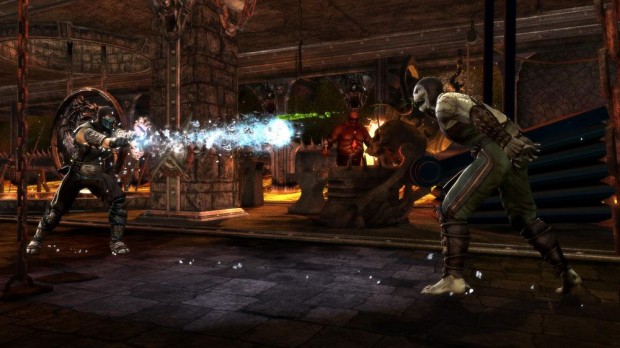 When it came to fighting games, I have always been more of the Mortal Kombat type than the Street Fighter type. It wasn’t the blood or the violence (although as a teenager, that was certainly a lot of fun), but more that the games felt more accessible. They took themselves a little less seriously. Or maybe it was just that I could never pull off the 360 rotations necessary for some of the Street Fighter moves.

Regardless, Mortal Kombat as a series fell on hard times after MK3 was released. Practically every title since 1997 disappointed, bloated both the gameplay and the world in which it takes place, and messed with a formula that didn’t need messing with. Weapons in Deadly Alliance? The start of a bad trend. The terrible quest mode in Deception? Laughable. The kart game that was inserted for no reason into Armageddon? Ugh. And how about the neutering of vs. DC Universe, taking what promised to be a dark gritty game and making it rated T for Teen?

The franchise has needed a massive kick in the pants for nearly fifteen years, and I am relieved to say that this year’s release of Mortal Kombat (named just that, no modifiers afterwards) is a pitch-perfect return to form.

No matter where you land in relation to fighting games, it feels like Mortal Kombat has something for you. The story mode is surprisingly well written and seamless jumps between cutscenes and battles in a pretty impressive manner. The game looks fantastic and the sound design is excellent as well. There’s a whole range of competitive modes – tournaments and online battles and such. People who like objective-based progression can find relief in the Challenge Tower, which throws 300 different challenges at the player. Those who are into unlocking things will be relieved to still find The Krypt allows unlocking of plenty of concept art and other content. And those who don’t like to take things seriously will love Test Your Luck mode, where a slot machine gives random modifiers and can make fights completely ridiculous in the blink of an eye. Broad appeal is pretty much guaranteed here.

It’s been great to see increased attention given to fighting games over the last few years, with the rise of competitive gaming and the fighting game community really carving out its place in the world. While I have nothing but respect for Capcom giving Street Fighter renewed love for the last few years, to see Mortal Kombat get such a well done revival this year sent me into sheer levels of joy. This was the fighting game I’ve been waiting for all generation.

Mortal Kombat is available for the Xbox 360 and Playstation 3.