“Let’s never come here again, because it will never be as much fun.”

While my interest in Japanese culture has existed for nearly as long as I’ve been cognizant of Japan’s existence, I never really considered going there until Lost In Translation was released. I am easily swayed by love letters to cities, treatments that shine warm light on the best and worst parts.

Lost In Translation always struck me as the film most reflective of both how I do travel (bewildered, often eating at the hotel, trying and failing to blend in) and how I would want to travel (see introductory quote). But I am rarely afforded the opportunity to fulfill this wanderlust when out of town; my travels almost always comes with primary motivations like weddings, or conferences, or family gatherings.

The film forces me into a parodox: while it is one of my favorite movies, it is one I cannot bring myself to watch. This is largely out of jealousy – I have been dreaming of going to Japan and wandering the same streets, and never finding a chance to act on it…until now.

At the end of the year, I will be making the trip I’ve been waiting six years for: a visit to Tokyo, and an attempt to cram in as much sightseeing, shopping, eating, and exploring as possible over the week of a major holiday.

First, though, there is the small matter of a language barrier. For despite as many times as I’ve rushed to consume imported media, I know an effective naught of Japanese. Abortive attempts at learning character sets have been made nearly every year, but now I have definite purpose. If I fail to learn Japanese this time, I will find myself in a strange land and being able to communicate only through hand-waving, pantomime, and apologies.

Thus begins a series of posts that I’m dubbing Project Moon Language: my attempts to fight through Rosetta Stone Japanese Levels 1, 2, and 3[1. I’d like to point out that unlike most geeks who use Rosetta Stone, we in fact purchased a legitimate copy through Amazon. This either shows my commitment to taking this seriously, indicates that I am a complete fool, or both.], as well as possible explorations into other methods and cultural oddities[2. Expect a post about mahjong that can only be described as “overkill”.]. As a 29 year old well past the age where learning a new language is natural, this should (if nothing else) be entertainingly frustrating.

The installation is done; the learning begins tomorrow. 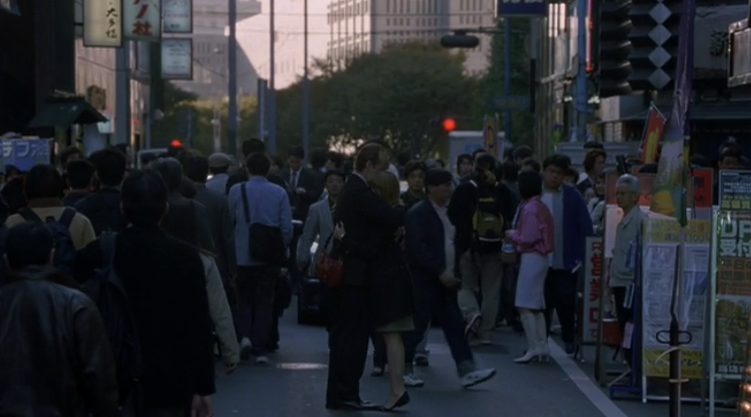 I’ve been enjoying the various forums this morning to watch people freak out about Warner going exclusively to Blu-Ray, more or less killing HD-DVD and ending the hi-def video format war. Format fanboys are akin to mutated console fanboys – the lack of logic is truly astounding.

But there’s a lot of acronyms that get thrown around in these circles – circles I am not usually native to – but I’ve been able to gradually piece them together. HDM is “high definition media”, DD is “digital distribution”, or perhaps “digital download”. I did get stuck on “J6P”, as in:

I’m hardly J6P, but I prefer to stay off of the bleeding edge.

Getting a huge sum of money or not, Warner is making a decision based on it’s sales numbers for both sides and deciding they need to pick one in order to get behind it completely and get J6P to get behind it.

After a few minutes of pondering, I decoded this as “Joe Six Pence” instead of (what I later discovered to be correct) “Joe Six Pack”.

(Katie, upon hearing this story, retorted with “Your brain is not innately British, it’s just *innately retarded*.” This is also an acceptable lesson.)

(TEK.noh.sek.shoo.ul) n. dandyish narcissist in love with not only himself, but also his urban lifestyle & gadgets; a straight man who is in touch with his feminine side but has fondness for electronics such as cell phones, pda’s, computers, software, and the web.