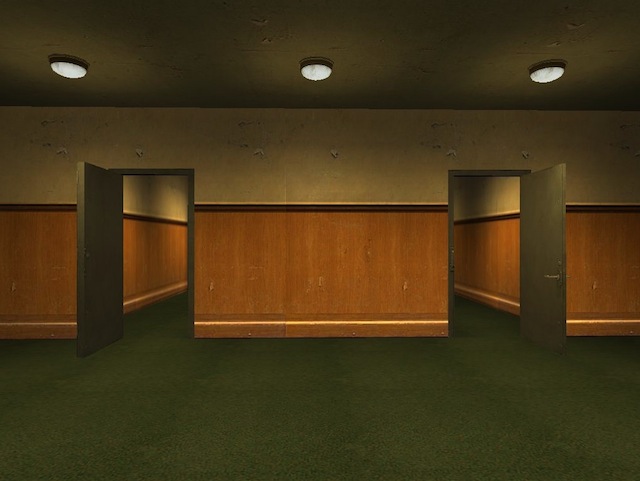 > The Stanley Parable is an experimental narrative-driven first person game. It is an exploration of choice, freedom, storytelling and reality, all examined through the lens of what it means to play a video game.

> You will make a choice that does not matter.

> You will follow a story that has no end.

> You will play a game you cannot win.

> …it’s actually best if you don’t know anything about it before you play it.

I don’t want to give anything away, but those of you who enjoy breaking the fourth wall should not overlook the wonderful Source mod, The Stanley Parable. It’s a short experience (with fantastic narration), but you’ll want to repeat it multiple times to get the most out of it.

The Stanley Parable is a mod for the Source engine. It can be installed for free on Windows, but requires at least one Source game on Steam for Mac users.