After getting dicked over on the 1st by the Kid Robot staff, today I returned to the store and found that they, in fact, still had [the DJ Shadow box set](http://www.obeydjshadow.com) I was [previously lusting after](https://vjarmy.com/archives/2005/08/public_works.php) still in stock – and even in my size, to boot. After getting it home, I promptly shot the hell out of it and bring you the hot hot details. 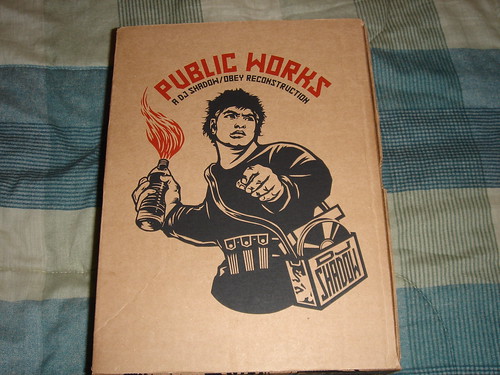 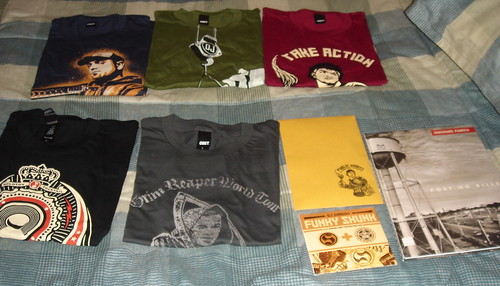 The book contains a variety of pictures from Shepard Fairey’s [OBEY](http://www.obeygiant.com/) project; locations around the world where the pastes are up, some action shots as they go up. Very nice art book, perfect for a coffee table.

The CD – well, I haven’t had much of a chance to listen to it much yet, but it sounds like a very well done mix with lots of obscure hip-hop source material. It’s 66 minutes long, and the CD looks remarkably similar to the artwork on the front of the box/the Take Action shirt.

The envelope contents include buttons for the first four t-shirts, stickers for them, some Obey project stickers, and some advertising for the Public Works set.
All in all? I’d say it’s definitely worth it, if you’re a DJ Shadow fan.

(If you’d just like to browse all the linked pictures, check out [my photos tagged with “publicworks”](http://www.flickr.com/photos/remydwd/tags/publicworks/).) 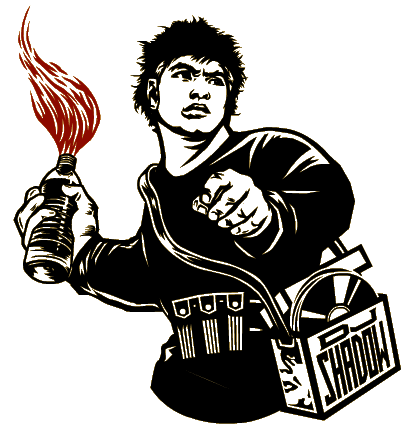