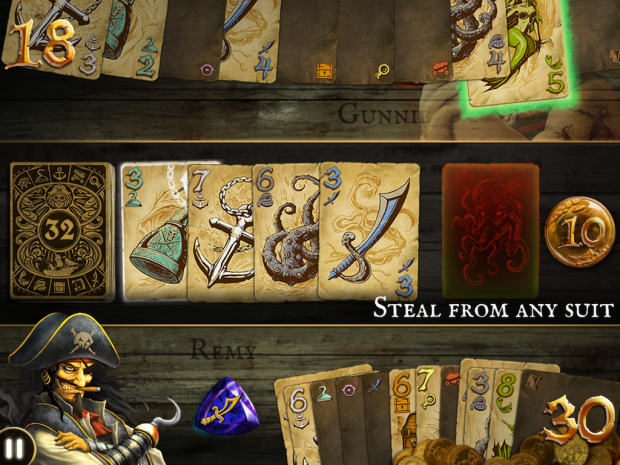 If there’s anything I’ve found lacking on iOS over the years, it’s been the total wasteland that is card games. I’m not talking trading card games or solitaire or Texas Hold’Em; I’m looking for classic-style card games. Spades, Hearts, Cribbage…everything that tries to provide a sort of classic card game experience tends to look and play poorly.

So imagine my surprise when Stardock – who had never done an iOS game before – dropped Dead Man’s Draw on the world. It’s a new game, but with easy-to-learn mechanics, some deep strategy and risk/reward play, and a very easy to deal with interface. Reminds me a bit, in terms of polish, of Lost Cities, which I gave a small shout out to last year during this series.

But hey, iOS programmers: you want to strike it rich? Card games are a wide open category on the store. It’s largely casinos and solitaire. Design a great card game experience, and you’ll be almost alone in the marketplace. Please. I’m nearly begging you here.