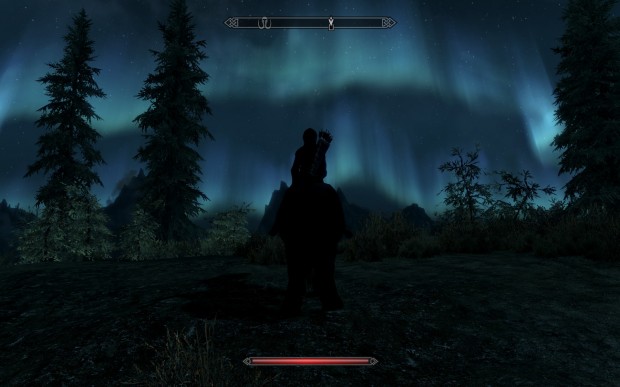 A lot of the games I’ve feature in this series this year have been small titles, ambitious in their vision towards a single idea or aesthetic. It’s no secret I have great love for tight, well-crafted experiences over sloppy games that try to be everything to everyone.

The general lack of the big-budget games from this list should not be taken as me rejecting epic, sweeping games out of hand. I play many of them all the same – the problem is that many of them fail to live up to their aspirations. I had big hopes for some epic games this year – titles like Uncharted 3, Fallout: New Vegas, and RAGE all had my interest piqued. But they each failed to hook me or came out the door in such a broken fashion that they were practically unplayable.

One epic scale game did manage to pull it off for me this year, and that is Bethesda’s wonderfully rich Elder Scrolls V: Skyrim. [1. Kean-eyed gamers may notice that two of the games on my disappointing list – Fallout: New Vegas and RAGE – are also Bethesda titles. Their reputation was so shot with me late in the year that I nearly passed on picking up Skyrim. I am glad I came around.]

If you’re unfamiliar with the Elder Scrolls series, it’s best described as a giant medieval fantasy world with more backstory than one person could ever appreciate. This is a game with so many in-game books that you can read, people have converted them to eBooks so they can be read outside the game. It can be overwhelming, to say the least. In any case, the game plays as a first person RPG – you can explore the world, plunder dungeons and caves, get quests from people in towns and cities, and generally get in a lot of fights. Combat is real-time and characters tend to either use melee, ranged, or magical attacks.

Skyrim has one main plot line, but as is traditional with the series, you should leave it till later, as there’s no real reason to finish it early. The best course of action is largely to meander and explore, getting wrapped up in some of the meaty side quest strings, and using them to help launch you into even more adventures. Most players will pick out one of the main four guilds (fighters tend towards the Companions; magicians find brotherhood in the Mage’s School; the sneaky will fall in with the Thieves Guild; the cold-blooded killers join the Dark Brotherhood) and run through their quests. I say, why choose one? Do them all – they don’t conflict with each other, and the storylines are enjoyable. At the time I’m writing this, I’ve completed all but the Mage’s School, and found worthwhile twists and turns in all (but especially the Dark Brotherhood).

One of the things Skyrim gets very, very right is the balance of exploratng a huge world versus the pain of navigating it. The world is dotted with points of interest, but many you’ll have to trek to the vicinity of to get them to appear on your map. Once a point is found, you can “fast travel” to it, rather than having to slog it out on foot. But because a quest could take you potentially anywhere on the map, there’s a subliminal benefit to indulging in some wanderlust.

The world is also packed full of quests, even beyond the above mentioned storylines. The game reportedly has a random quest generator, which gives you a seemingly endless set of missions helping out townspeople. But there’s plenty of well defined, structured quests as well, which can sometimes sneak up on you. In one town, I stepped into a tavern and was soon approached by a guy looking to challenge me to a drinking contest, with a nice looking staff the reward. After accepting (and promptly blacking out), I awoke to find myself in the Skyrim equivelent of The Hangover, as set out across the land to piece together the events evening and right the wrongs I had made.

The game isn’t perfect by any stretch. There are plenty of bugs and glitches, most of which manifest themselves in hilarious ways. The inventory system, very console-like in nature, leaves a lot to be desired ( looks like a compelling option for PC players). And the PS3 port continues Bethesda’s long history of not being able to properly program on Sony’s platform. But the game transcends the niggling concerns and makes a strong statement that when a big budget game goes right, it truly can be epic.

Skyrim is available for Windows, the Xbox 360, and the Playstation 3.