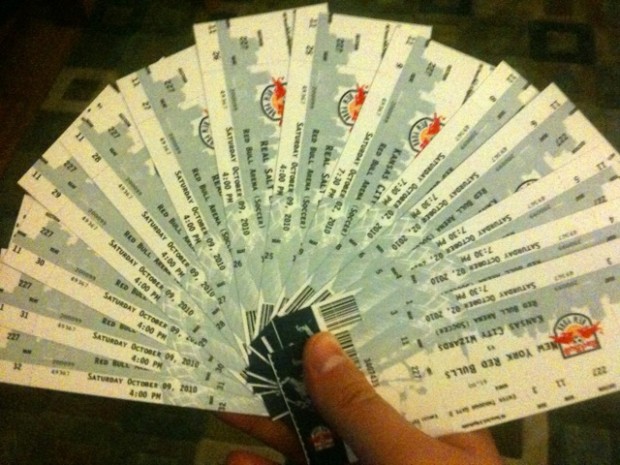 I brought a number of friends out to Red Bull Arena last year, and they all enjoyed the experience. For those who were thinking of making the trek out to Harrison for one of the seventeen home matches, here are the ones that are likely to be the most interesting.

The home opener will undoubtedly have the most in the way of fireworks and general excitement. It will be the first time to see what our starting eleven looks like, and to see how the team has gelled during the pre-season. (Signs are looking good, thus far.)

Last year, the RBNY MLS Cup dreams were shattered by a heartbreaking 3-1 loss at home in the second leg of the quarterfinals, enough to lose on aggregate. This match will be a chance for revenge.

Perhaps the most heated rivalry in the Eastern Conference, there is no love between the Metro fans and those they refer to as “the Scum”. D.C. finished at the bottom of the league last season, but have been rebuilding as best they can in the off-season. Expect a lot of heat from both supporter sections.

It’s easy to point to Landon Donovan and David Beckham (who may no longer be under contract) as reasons to come see the Galaxy, but for the South Ward, the question here will be Juan Pablo Angel. After being let go by the Red Bulls management, he was re-drafted by LA, and this will be his first regular season visit back to RBA. Will he continue to create, or will his age finally catch up with him?

The home closer will be our second biggest rivals in the I-95 corridor. Expect a loud representation from Philly to show up and make things even more interesting than usual.

Individual tickets will be available within the coming weeks, as will a two-game package that includes the LA game.