So: on the morning of September 6th, four hours before I was supposed to leave for an all-day concert, I wake up and find my 24″ iMac (in the name of full disclosure: model identifier “iMac9,1” – mid 2009, dual core 3.06 GHz, 4GB RAM, 1TB HD, ATI Radeon HD 4850) on a Windows XP Blue Screen of Death. This was not a complete surprise, I was playing games in Windows the night before, but I certainly hadn’t left it doing anything overnight. Oh well – Windows, right?

I reboot back to OS X and things are fine for about 3 minutes – until Safari begins crashing randomly. Not on startup, not on any one particular site, a truly random crash. Then I notice iTunes won’t launch. A cursory glance at the crash logs indicates that it was expecting data and it was getting all 0’s.

Sounded like a disk issue, so I reboot off the retail Snow Leopard DVD. While I’m rebooting, sign #1 that things are much worse than I had hoped appears: my OS X volume lost it’s name in favor of “EFI Boot”. 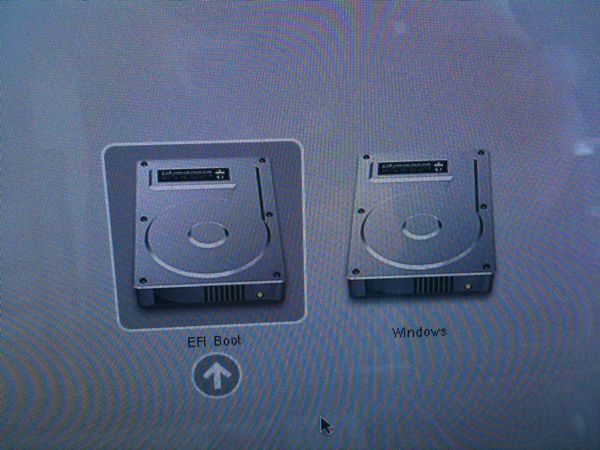 I try to go into Windows – it won’t finish booting as the security processes can’t launch properly. Back to the Snow Leopard DVD – and Disk Utility hits me with a bunch of red text detailing six errors and how I should repair the disk immediately.

The Repair Disk button lived up to its reputation of being absolutely worthless, as the error message came back almost immediately: Disk could not be repaired. Back up your data, erase the volume, and restore from backup.

Of course, I have no backup, despite my own warnings. Now the volume won’t boot, so this bizarre dance begins where I boot off the DVD to get it mounted, drop to Terminal, and copy as much of my critical data (read: music) as I can before the copy stalls. I try this three times before deciding that my fate is sealed.

With time running out and not wanting this hanging over my head all day, I wipe the volume, verify it, and begin the install. And then it fails. Another wipe, another re-install, another failure. A third time with the log window open, and a third failure: 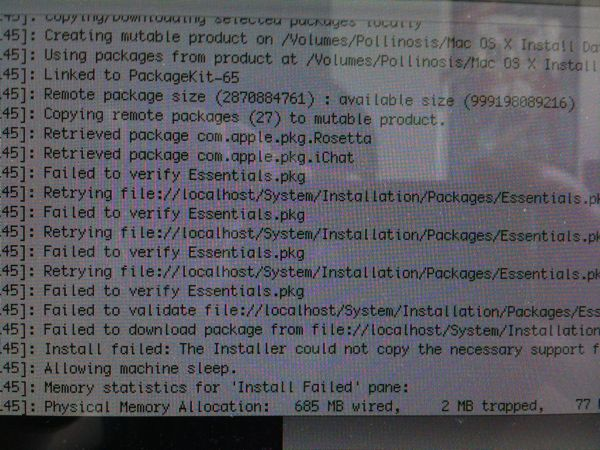 I call Applecare 20 minutes before I have to leave. I spit the details at the tech too quickly, but at this point I am sure it is the hard drive. He agrees, and schedules an on-site repair (as I am uncomfortable wheeling the machine onto the train and not looking to pay $60+ in car service).

Fast forward 5 days: technician arrives. He pops open the iMac, installs the replacement hard drive, and seals everything back up. I pop in the Snow Leopard disc to begin the reinstall and, in what shouldn’t be a surprise at this point, it fails. Another hit off the same disc fails, although this time on a different package. We eject the disc and note a small surface blemish on the back – so on to the restore discs that came with the system. No, that fails too. How about the tech’s somewhat flaky Firewire drive with the 10.5 installer? No, that fails too. I have him take the machine – I don’t want to have to call Apple again to have him come out.

A week later, I open the door and welcome the same tech in. We plug the iMac back in and I watch it boot – properly – into 10.6. And when I ask what the problem was, he indicates that after they had replaced nearly everything, they had discovered it was…

(The solution is here!)