I find that every year, I get far more excited about the titles at E3 that slip by quietly – the niche games, the ones that only get two seconds during a montage on the screen. The games that may not get a formal press release or even much of a mention.

Allow me to point you at some of the things you may have missed at this year’s E3, both good and bad, across all major platforms.

A Boy And His Blob

Twenty years after David Crane’s original NES game – a maddening, nearly impossible game that lead to much suffering during my youth – comes a re-invention of the game on the Wii. This wasn’t a new announcement from E3, but it was the first time it was seen at length. It looks gorgeous, it appears to play much better than the original, and there’s a “hug button”. I’m sold. 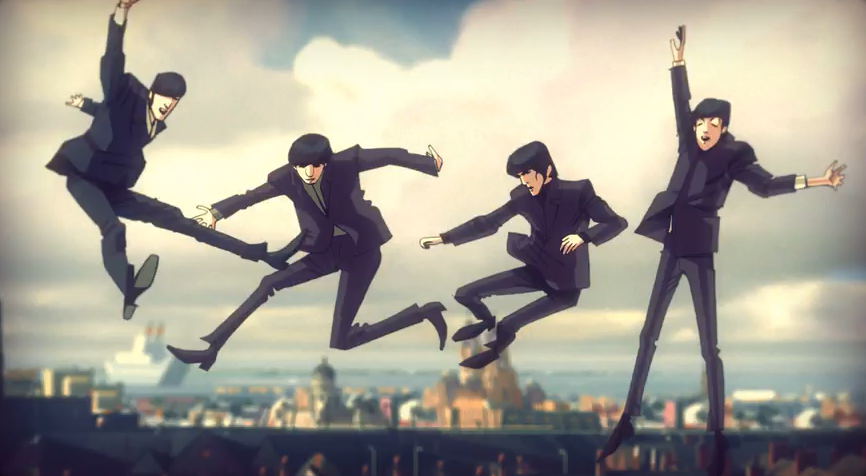 Okay, fair enough: this title may be difficult to consider “under the radar”, as it was given much attention during the Microsoft press conference. But you may not yet have seen the opening cinematic, and without any hyperbole, it is one of the most amazing game intros I have ever seen.

Of course, one would immediately wonder if the game looks like that. Not quite, but it’s still quite remarkable:

While TB:RB won’t really live in the current Rock Band ecosystem (DLC won’t transfer with Rock Band proper) – the game delivers plenty of charm and polish, and I’m not sure the core music gamers are going to care about a disc swap.

Already I’ve gotten questions from friends about how this is looking – all I can say is that based on these videos, it looks amazing.

Much like Rhythm Heaven, Demon’s Souls is the triumph of gaming good over laziness. After being released in Asia with a full English version, this hardcore dungeon crawler became notorious in the circles I travel for brutal difficulty, innovative online play, and unbelievably low inventory levels. The game was hard to come by, which made tearing through it something of a true accomplishment.

Bizarrely, Sony passed on the opportunity to release this in the US, but Atlus jumped at the chance, and are releasing this game of games in the US in the coming months.

If you’ve been lamenting the lack of a good RPG this generation, this is your game. You will die plenty, losing hours of work at a time. You will crawl slowly through the dark, praying that nothing jumps out at you. You will tremble as other players invade your game, in an attempt to steal your body.

And you will love it. I promise.

In 1992, my best friend’s mom confirmed he was getting Super Mario Kart for Christmas. Shortly after learning this, we resolved to find the game during our next sleepover – and about 5 minutes into the search, I had discovered it stashed in a closet. For the next month, every sleepover would involve waiting until parents were asleep, carefully removing the game from the closet, playing it all night, and then returning it to its resting place before dawn.

While no kart game since has reclaimed my attention quite the way Super Mario Kart did, casual racers has been an itch I’ve been pleased to scratch time and time again. And so the surprise announcement of ModNation Racers spoke to the 12 year old me, the one who still wants to stay up all night whipping around a track with my friends.

But it also spoke to the 28 year old me, the one who’s interested in social gaming. Like LittleBig Planet before it, ModNation Racers is focused on the “play, create, share” ethos – and Sony’s demo of the game makes it clear that they nailed the creating.

Plenty still needs to be proven here – the karts need to handle well, the racing must be fun, the game needs enough depth to be worth playing, the online needs a lot of nuance. But with at least another 6 months of development in front of it, I have a lot of hope for this one. 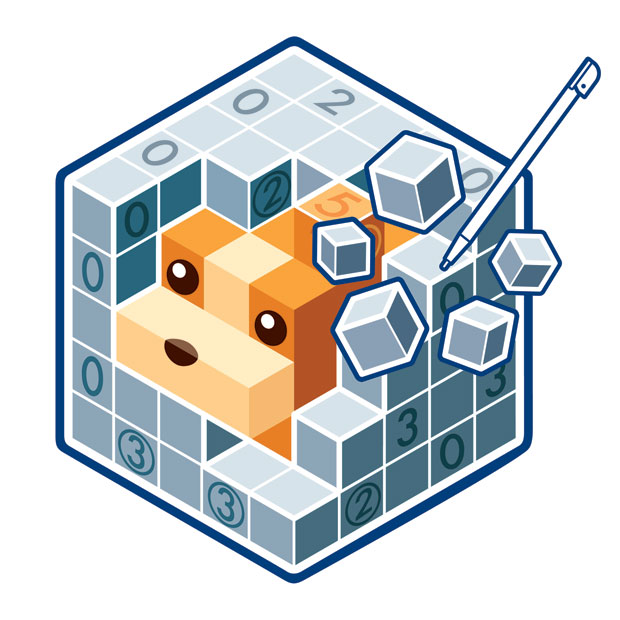 The original Picross DS was an underrated gem, bringing an endless amount of puzzle depth to the DS. Katie and I own three copies of it – two of the Japanese version, and one of the US. It was that good.

Rittai Picross was released in Japan earlier this year and proved to be just as addictive as the first title, even as it upped the difficulty by moving into the third dimension. And while it wasn’t shown, Nintendo listed “Picross 3D” on their upcoming release list. I am keeping hope alive for this one to reach our shores.

My love of PixelJunk may not be unfamiliar to people who have been reading my blog; it’s fair to say I’ll buy practically anything Dylan Cuthbert decides to release.

PixelJunk Monsters Deluxe may seem like a quick cash-in – the original PixelJunk Monsters remains one of the best Tower Defense games available on the PS3, and the game mechanic hasn’t changed much. But with three islands (including the original PJM release island, the PJM:Encore island, and a brand new one for the game) and online co-op play ready to travel on the PSP, this is an easy double dip to be in favor of. 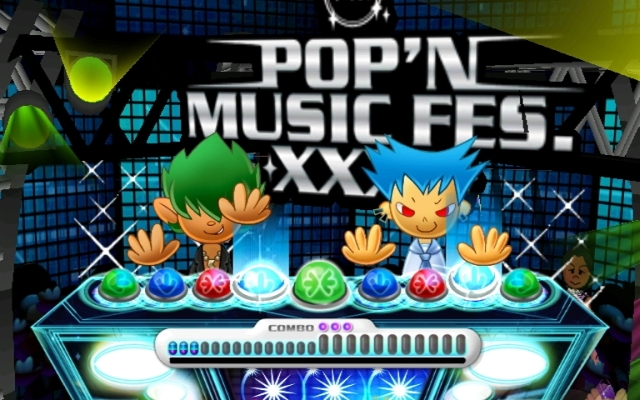 Shortly after the announcement went up, Konami’s official description for the game ended as follows:

With easy and intuitive controls, pop’n music takes full advantage of the Nunchuk™ and Wii Remote™ as you move up, down, left and right to original and licensed music.

That text has since been replaced with:

Pop’n Music will bring a smile to kids as they move their controllers and their hips to the Pop’n music!

I have nothing against making kid friendly rhythm games. And the final result may be less terrible than these screens are leading me to believe. But for a game that doesn’t play like Pop’n, look like Pop’n, or be even remotely targeted at the same audience as Pop’n, would it kill them to call it something other than Pop’n Music?

As if I needed more justification for the iPhone as a gaming platform, Firemint (makers of the ingenious Flight Control) has submitted Real Racing to Apple this week. It’s enough to make you say “Gran Tursi-who?”

It would be hard to call Scribblenauts anything other than ambitious. Working off the concept that anything you write will appear in the game, skepticism surrounded the original game announcement – but as the E3 hands-on have shown, it may in fact deliver. To quote Nintendo World Report:

This DS game is one of the most creative games on the show floor, but it’s terribly misnamed. You don’t scribble anything. There is no drawing of any kind. Rather, you type words to make objects appear, then use those objects to solve puzzles. What’s impressive is exactly how many words and objects the game recognizes and spawns sprites for. We typed in “dinosaur” and a generalized theropod appeared. We typed “zombie” and a zombie appeared, and it immediately began consuming the human character, who then turned into a zombie. We typed “God” and Zeus was born. We typed “Death” and the Grim Reaper popped up and immediately began fighting God, who eventually died.

5th Cell’s clearly having a blast putting in objects as inside jokes. Be sure to type in “keyboard cat” when the game ships later this year. 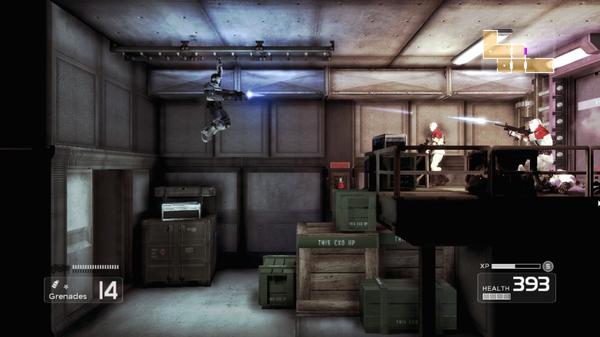 As someone who repeatedly tore through Symphony Of The Night and Super Metroid, I have been saddened by the apparent death of the 2D adventure genre. But this year, Epic have saved me from having to go another year without a new Metroidvania game. Shadow Complex, a massive 2D based action/adventure title features a huge map and lots of secret things to find. It’s the first title in this genre to appear on a current-gen digital download service. Cannot wait. 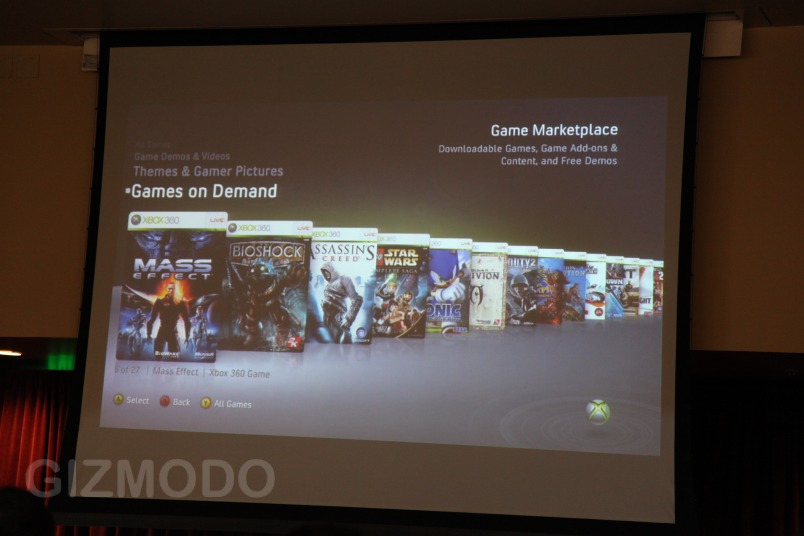 As another sign that direct download services are nearing complete global saturation, Microsoft is preparing to offer catalog titles for download. As an added bonus, they also seem to be dropping the Microsoft Points currency (commonly referred to as “space bucks”) for these purchases.

This can only be seen as a good thing. I am glad Microsoft has finally gotten over the idea of constraining file sizes so that 360 Arcade owners don’t feel left behind.