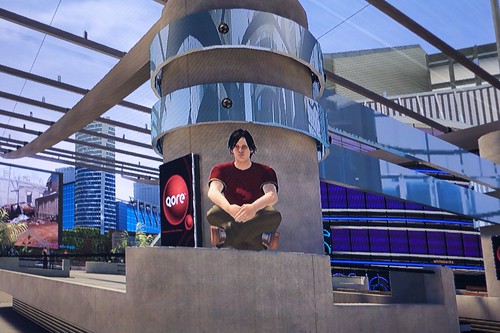 It’s been a strange eighteen months in the private Home beta. It’s hard to believe it’s coming to an end tomorrow.

Sony has announced that yes, tomorrow, December 11th, is the day Home finally goes into Open Beta. The indication I’ve gotten from the in-beta documentation is that we’re looking at a roughly 6PM Eastern launch, with a downtime tomorrow morning so some final housekeeping can be done.

Now, technically, the closed beta doesn’t end until tomorrow at that time, so I perhaps still cannot talk in great detail about the last 18 months. But here’s some things I’ve been mulling over about the service lately:

Gamers who spend a lot of time in a particular title tend to memorize maps. The terrain is always the same, the shopkeepers are always standing in their stores, and the town never changes. But serving 18 months in the Home beta can mess with your brain. Almost all of the areas have undergone multiple overhauls. The “Central Plaza” is on its third or fourth major version. Whatever you may remember from the early demos is probably gone now, so come in with a clean mind.

Home is not the cure to all of Sony’s woes regarding online play. It does not fill in the common holes that people point to when they line PSN up next to Xbox Live Gold. But is it supposed to? Was it ever? I’m not sure. I’m not sure Sony’s sure.

There are two things I’ve seen other fellow testers really get into: spontaneous dance parties, and wall hacks. Expect more of the first than the second as time progresses. R1 opens the Emote menu, and the dance options are at the bottom. They are all pretty awesome. (It is intentionally difficult to see in the picture above, but I am in a position only obtainable through a wall hack. I am explaining this to those who ask as only being possible through “incredible balance”. I’ve only had one person respond with an expletive.)

Above all else, Home is a good encapsulation of what Sony has focused on this generation: a reasonably pleasant user experience, missing a few things you’d probably expect, including a few things you wouldn’t have thought of, and providing a certain je ne sais quoi that makes it a fun place to visit but leaving you unsure if you really want to live there. I’m not sure if I’ll be spending a lot of time in Home, or it’ll just be something to fill the gaps – but it’s nice to know it’s there.