(When we last left our intrepid hero, he spent [over half an hour on the phone with Microsoft support](https://vjarmy.com/archives/2007/05/a_call_to_18004myxbox.php).)

Coming home tonight, I noticed a small white box sitting in front of our door. It was obviously damaged. 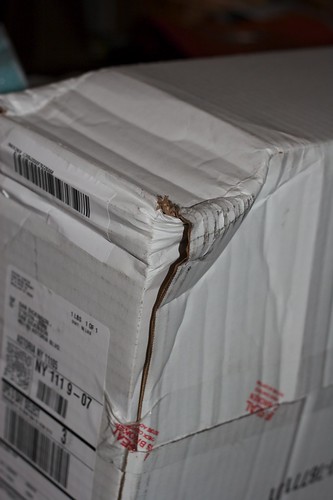 Multiple edges torn, corners bashed in. Why? Because the box was single-ply, with no re-enforcements. The protection the 360 gets is limited to a plastic bag with multi-lingual statements of “WELCOME” all over it and two pieces of fairly squishy foam core. 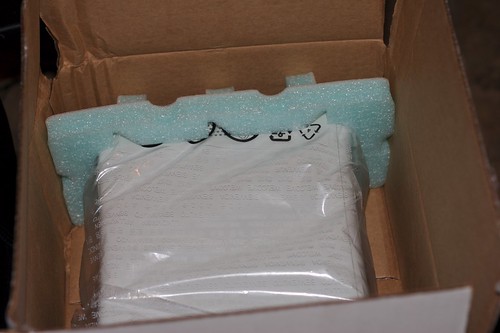 Arne, “Xbox Community Manager”, decided to accuse me of scapegoating Microsoft for the box damage, so [while I was taking him to task](http://www.neogaf.com/forum/showpost.php?p=6514423&postcount=3153), I conducted the true method of discerning which of two boxes was better: I let Buttons decide. 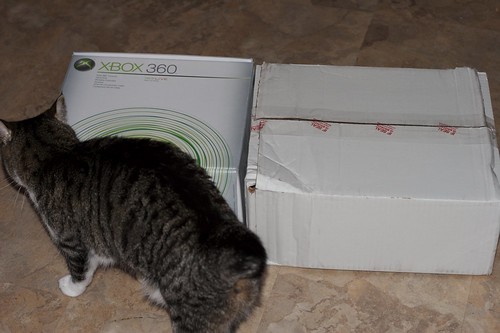 The casket – which has been re-enforced with about 8 pieces of weatherproofing tape – will make its way to a UPS store over the next few days.

But I’m not too sad – as I found out today that I’m in the Warhawk beta.