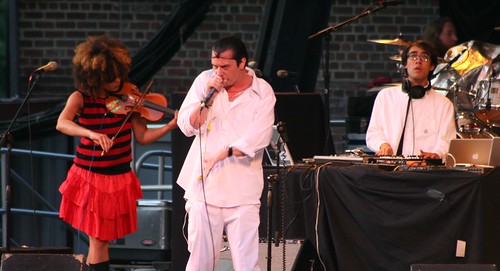 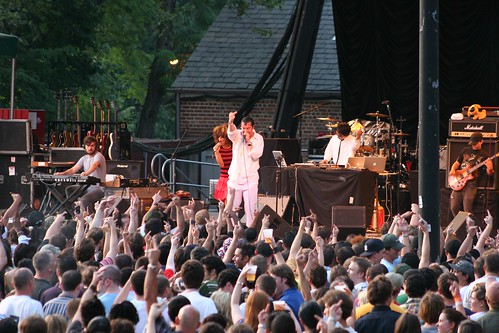 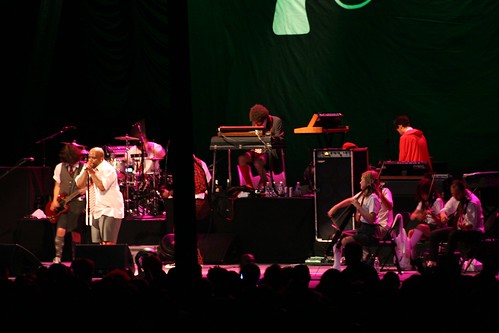 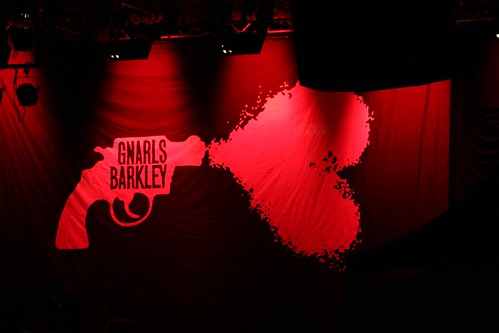 This was the second of six concerts and shows scheduled loosely over the next month. Next up: [Revenge Of The Bookeaters](http://bookeaters.org/).

Both bands impressed me live. Peeping Tom – Mike Patton’s [six year project](http://en.wikipedia.org/wiki/Peeping_Tom_%28album%29) – managed to keep the same level of energy shown on the album in a live show. Mike did seem a little exasperated that he couldn’t get the crowd into a complete frenzy, but this may not have been a total shock given the headlining act. Gnarls Barkley, it seems to go without saying, put on an enchanting show, mixing covers (they opened with Another Brick in the Wall) with their album material. I don’t think anyone left disappointed. I have some video recorded of them closing with *Crazy*, but it will have to wait until tomorrow until I can pull it off my unauthorized recording device.

A word about the pictures: Summerstage is not a large venue, but I was probably about as far from the stage as you could be. On the upside, this provided me with the height to get good shots of the stage. On the downside, between having to shoot almost entirely at 300mm and the rapidly decreasing daylight, I only managed to convert just over 10% of my shots into upload-worthy material.