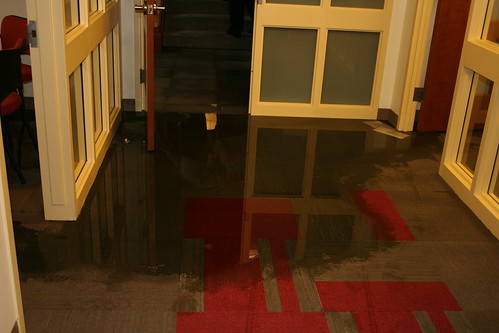 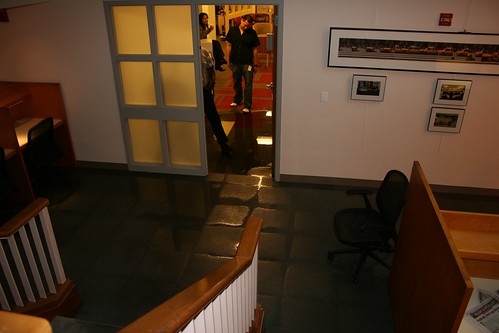 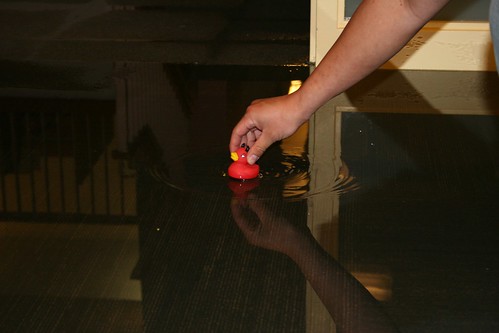 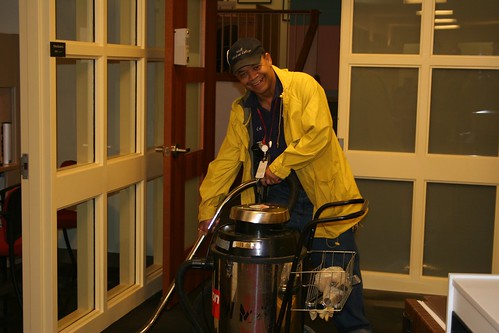 As I was trying to track down a few people today, I noticed a large pool of water creeping into our new office space. In a low key manner I’ve come to understand is typical of me, I knocked on someone’s door and beckoned them towards it, quietly mentioning this large mass of water that had already infiltrated two offices.

Panic ensued. Panic with, thankfully, a lot of laughter. It wasn’t just our space that had the water running through it, the lowest floor of the library was also soaked – undoubtedly caused by the massive rainstorm. We kept our spirits high. Rubber duckies were dunked, cameras were deployed, and when facilities arrived with an armada of shopvacs, they were more than willing to pose for a photo or two.
It was the nice sort of ridiculous situation to end a week with.

(I have a few more pictures up under the tag workflood, if you’re bored.)