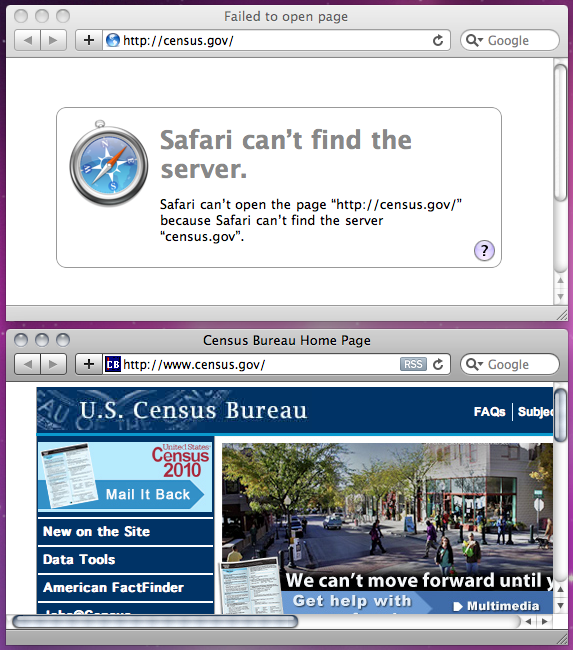 Attention web server admins: please remember to accommodate those who don’t automatically type “www” in front of everything.

> Americans are asking, why do they hate us? They hate what we see right here in this chamber — a democratically elected government. Their leaders are self-appointed. They hate our freedoms — our freedom of religion, our freedom of speech, our freedom to vote and assemble and disagree with each other.

> The right of the people to be secure in their persons, houses, papers, and effects, against unreasonable searches and seizures, shall not be violated, and no warrants shall issue, but upon probable cause, supported by oath or affirmation, and particularly describing the place to be searched, and the persons or things to be seized.

> Months after the Sept. 11 attacks, President Bush secretly authorized the National Security Agency to eavesdrop on Americans and others inside the United States to search for evidence of terrorist activity without the court-approved warrants ordinarily required for domestic spying, according to government officials.

Go back to bed, America. Your government is in control.