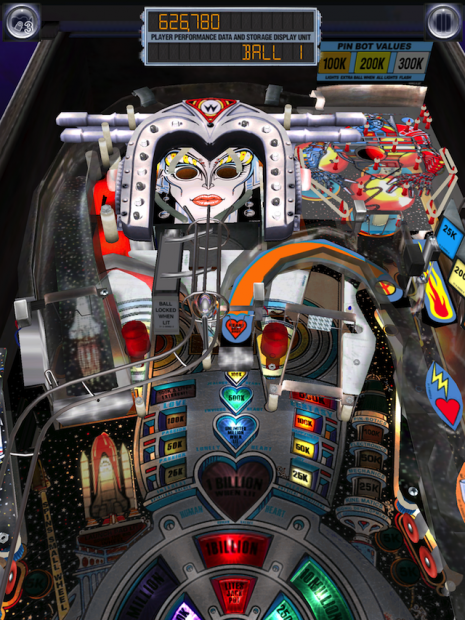 I am probably alone in choosing Farsight’s Pinball Arcade as my game of the year, and I understand why I’m outside the norm. It is an incredibly flawed title, where even the smallest Facebook note from the developers triggers a wrath of complaints. But flaws and all, Pinball Arcade represents the ambitious dreams, flawed execution, and modern quandaries that defined gaming in 2012.

I absolutely love pinball, and have for almost my entire life. In my formative years, when I needed a little stool to reach most arcade machines, I devoted plenty of time to flinging around silver balls. Didn’t matter if it was an arcade at the mall, a restaurant down the road, a little nook in a hotel, or an amusement center on a boardwalk in New Jersey – if there was pinball, I wanted to play it.

But pinball has been dying for years. Arcades have dried up thanks to console growth, and are nearly impossible to find, especially one that might house a pinball machine. The major manufacturers – Bally, Williams, Midway, Gottleib – all went bankrupt or out of business. Stern Pinball has opted to half-heartedly market themselves as “the only company presently making pinball machines.” Should they fall by the wayside, then pinball as an art form is dead.

It seems likely at this point that pinball will be relegated to the scrap heap of gaming history, a platform that couldn’t be sustained as the world changed. The generation currently growing up may never know the joy of hitting a ramp perfectly or getting a third lock and triggering multiball.

There’s been a shift over the last decade in how game preservation is done. It used to be solely the domain of emulation buffs, enthusiast collectors, and casual pirates. Over time, publishers and rights holders alike started to see the value of re-selling their existing titles on new platforms, so that the works can live on.

Pinball hasn’t really had that hero. While there are ROMs to dump and chipsets to emulate, there’s a lot of physical space and characteristics that also have to be modeled. And outside of some enthusiast communities, no one was really performing that – that is, until Farsight came along. 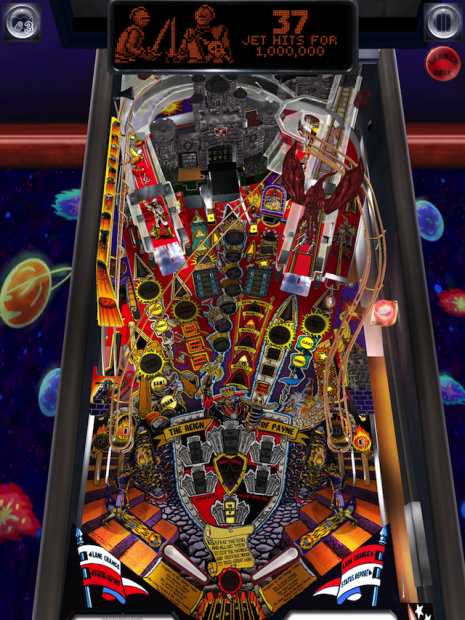 Farsight rose to some level of prestige for executing on two widely hailed collections of pinball tables – one for Gottleib, and one for Williams. They hit the market at a time when a console pinball title normally meant a wacky, physically improbable table that didn’t play like real pinball ever did. (Zen Studios, I am looking directly at you here.)

So when Farsight announced Pinball Arcade earlier this year, and promised “REAL PINBALL”, I was listening. They laid out their grand plan: an expansive digital platform, available digitally for every console and handheld device imaginable. Perfect recreations of the best pinball tables, released on a regular basis for reasonable prices. Network tournaments.

Farsight’s vision neglected one key point about digital distribution platforms: they’re all different. So when they planned their monthly updates, they ran into issues – LOTS of issues.

On PSN, Sony’s approval processes take weeks and demand recertification for each region. So while the US might get tables released, Europe would have to wait, which made Europe cranky.

On XBLA, Microsoft’s limitations on the number of DLC packs meant Farsight had to try and lump them together. Then their publisher went out of business, and since you can’t self-publish on XBLA anymore, they’ve been months behind as they try to get a new publisher lined up.

On iOS and the Mac App Store, they ran into the usual Apple approval process snags, especially when a release would go out with bugs, which happened fairly regularly.

On Windows – well, it’s still not released. In a bizarre decision by Valve, they were rejected from being put onto Steam. They have been trying to work their way through Steam Greenlight instead, but they remain frustratingly out of reach from being greenlit.

In sum: no matter what platform you were on, you had something to complain about. And that lead to a fairly intolerable situation with the community.

While they were dealing with all of these platform issues, Farsight came hat in hand to the community – not to resolve these issues, but to ask for money to make something that had never been done before possible.

Some of the most popular pinball titles of all times have pretty major licenses attached to them – Twilight Zone, Star Trek, or The Addams Family to name a few. As anyone who remembers the struggle to get Freaks And Geeks released on DVD because of all of the music clearances they needed, so too do pinball games need a lot of licenses holders made happy before a game can be recreated.

And so two Kickstarter campaigns would appear in the middle of 2012: one for The Twilight Zone and one for Star Trek: The Next Generation. These are not just licenses for the sake of churning out tables that might sell well to people new to pinball. They are (respectively) the #1 and #2 rated games of all time on IPDB. They have never had digital representations, ever, and to do so would be a major coup.

Because of the licensing costs, Farsight needed to be fronted some money to make it happen. The community came through, and both projects were funded. And the tables were just released, at least on iOS and Android, in November (TZ) and December (STTNG).

For Farsight to have accomplished this with even one table is a landmark moment in video game preservation, let alone two.

As an example, let’s take Cirqus Voltaire, one of Williams/Bally’s last tables from 1997. Since release back in the summer, CV has suffered from an issue where the game doesn’t know what to do when you lock a ball. Sometimes a new ball will appear in the plunger, but the camera won’t shift so you can properly fire the ball. Sometimes a ball won’t appear, and the game won’t know what to do – until it gradually cycles the table (as all pinball tables do when a ball may be lost) and tells you it’s going to kick out the balls you already locked. It breaks the game in a bad way.

This has been broken since release. Every month I hope for a table update that will fix it, and every month it is not.

Were that not enough, the UI and infrastructure for the game has gotten progressively worse. Table purchases need to be restored on occasion, especially if you backed the Kickstarter campaigns and have a mixture of bought and comped tables. Facebook integration flat out didn’t work for a few months, and even now is pretty shoddy. Game Center achievements don’t fire from time to time. And the recently introduced “new UI” to handle the increasing number of tables looks laughably bad on a Retina display. I would embed the screenshot I took but I don’t want to force anyone to endure an eye injury – so here’s a link. 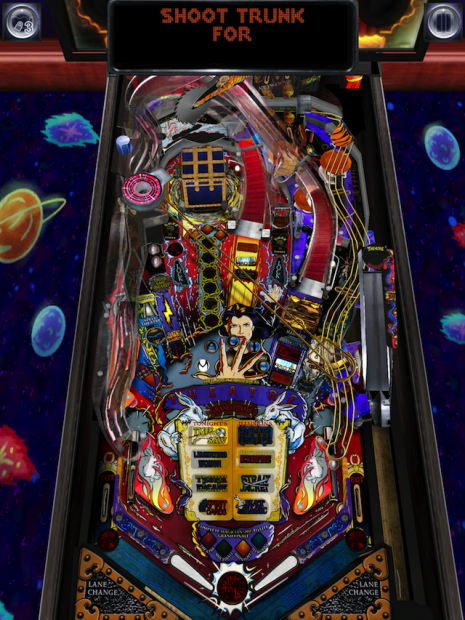 There are plenty of negatives to gripe about with Pinball Arcade – but they are easy to look past. As much as it can frustrate me, a few good minutes with it can melt away all my frustrations.

It lets me revisit tables that were part of my childhood – the Elvira And The Party Monsters table at a local pizza place, Taxi at the local skating rink, Funhouse at the restaurant on the lake.

It gives me a chance to study tables that I never understood before. Twilight Zone is the most notable here, a table that utterly perplexed me until I got my hands on the digital version.

It’s gotten me familiar with tables that I can now better deal with the few times I do get to play pinball. My most recent trip to Ground Kontrol let me get some time on the real version of Cirqus Voltaire, Scared Stiff, and Medieval Madness. Without knowing these tables are beatable, I probably would’ve just stuck to The Addams Family (again).

And even though holding an iPad is a poor replacement for a giant table you can bump and nudge and thump, the same thrills are still there. Making a tough shot, popping an extra ball, and entering a wizard mode still gives you that high. Watching a ball drain straight down the middle still makes you want to swear.

I can look past the flaws and approval delays because Farsight is not only doing important work, but deeply cares about pinball as a thing. The recent posts on the fan forum about one member’s trip to the studio illustrate that this is a company that is trying – passionately, desperately, possibly even foolishly – to give pinball its due.

I can’t think of a game I’ve spent more time with this year, or one released this year that’s more important to preserving a key part of gaming history. And that is why Pinball Arcade is my game of the year: it’s a museum and a great game, all in one.

Pinball Arcade is available for PS3, Vita, Xbox 360, iOS, and Android. My experiences were largely with the iPad version.