It feels like ancient history at this point, but it’s worth realizing that it’s only been a scant six months since the blackout that downed most of Astoria and many other parts of Queens.

Jen Chung was nice enough to point out to me that the Public Service Commission filed [a draft report](http://www.dps.state.ny.us/06E0894SR070117.pdf) on its investigation into the matter. While it *is* a draft (and therefore, not finished), there is a lot of meat contained within the 185 pages. What I have been able to read this far has been fascinating – covering technical details of the power grid, monitoring systems, and the plight of those affected.

Let’s hope the recommendations in the document take effect by the date specified (most of which are June 1, 2007) – I don’t want to go through this again in 2007.

First: yes, we finally have our power back, as of this morning. The cable, which made its own outage in fear of not getting enough of our attention, is also back. Thanks to everyone who sent us well-wishes, and particular thanks to Jen & Jay for putting us up for the weekend so we could pretend as though we were a part of society.

As the dust begins to clear, and fingers begin to point towards those who should shoulder the blame, [it was only a matter of time](http://ny1.com/ny1/content/index.jsp?stid=1&aid=61233) until Mediocrity reared its ugly head:

> As power is slowly being restored in Northwest Queens, the mayor says embattled Con Edison CEO Kevin Burke should not only keep his job, but that he deserves a pat on the back from New Yorkers, much to the surprise of Queens lawmakers.

> “I think Kevin Burke deserves a thanks from this city. He’s worked as hard as he can every single day since then, as has everybody at Con Ed,” Mayor Michael Bloomberg said at a news conference Monday. “It’s easy to go criticize, but once this happened, Con Ed has been doing everything they can to bring it back.”

> Assemblyman Michael Gianaris and City Councilman Peter Vallone Jr. — who believe Burke should be fired — were visibly stunned by the mayor’s comments.

In a way, Bloomberg is right. It *is* easy to criticize.

It’s easy to criticize a public utility company that gives counts of blacked-out subscribers based on the number of people who call to complain, rather than any real metric.

It’s easy to criticize a CEO that doesn’t apologize until the fifth day of the outage.

It’s easy to criticize workers who have been reported as sleeping on the job, hooting at women, and – in my own personal experience – reading books on Seamanship when they should be fixing the grid.

It’s easy to criticize a governor who refuses to declare a disaster area when over 100,000 people were without power for nearly a week.

It’s easy to criticize a claims program that only allows business claims for food spoilage, thus denying all businesses who don’t deal in perishable goods any immediate relief for their inability to be open.

Beyond all else, it’s easy to criticize a mayor who refuses to hold anyone accountable for the longest blackout in New York City history. 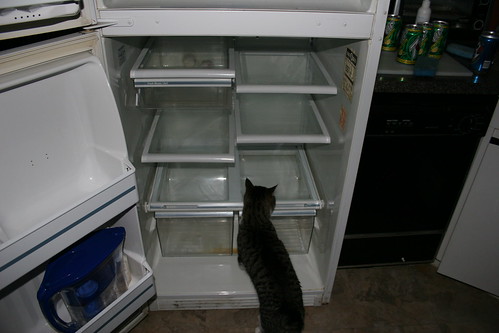 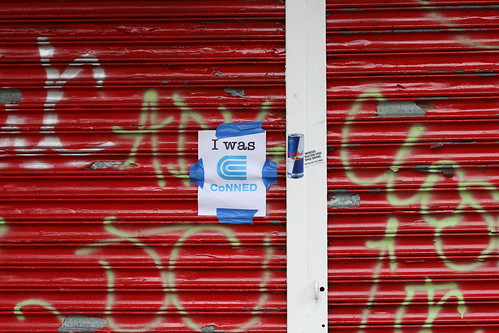 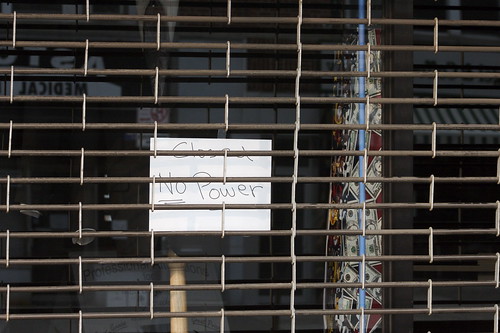 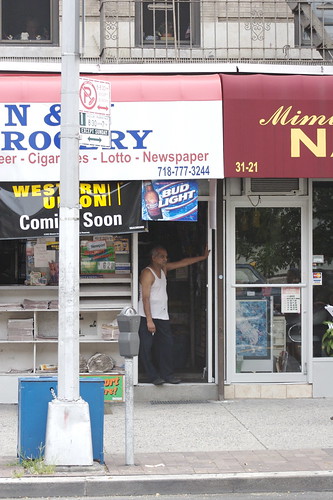 For those of you who haven’t heard, [Astoria has been under blackout conditions](http://ny1.com/ny1/content/index.jsp?stid=1&aid=61154) since Tuesday night. We were still under said conditions when I left for work this morning, and expect to be in them through the better part of the weekend, if ConEd is to be believed.

One important thing to remember when you read news stories about this: ConEd loves to throw out this number of “1900 homes”. The proper term should be “1900 customers”. Each building is essentially one customer. I’ve seen estimates that 250,000 people are affected. (Since I originally wrote this post, ConEd has admitted that [the number of customers affected is roughly 25,000](http://www.amny.com/news/local/newyork/am-coned0721,0,580714.story?coll=am-topheadlines).)

After throwing out all of our groceries last night, I decided to get out the camera and walk down Ditmars today; there are a [few more](http://www.flickr.com/photos/remydwd/tags/blackout/) on Flickr.