On Sunday night, Katie and I went to the Paley Center panel for Broad City. We’re big fans of the show, and it was a good panel. (If you’re a fan of the show, ask me about the Hannibal anecdote.)

During the panel, Katie took a nice Instagram photo: 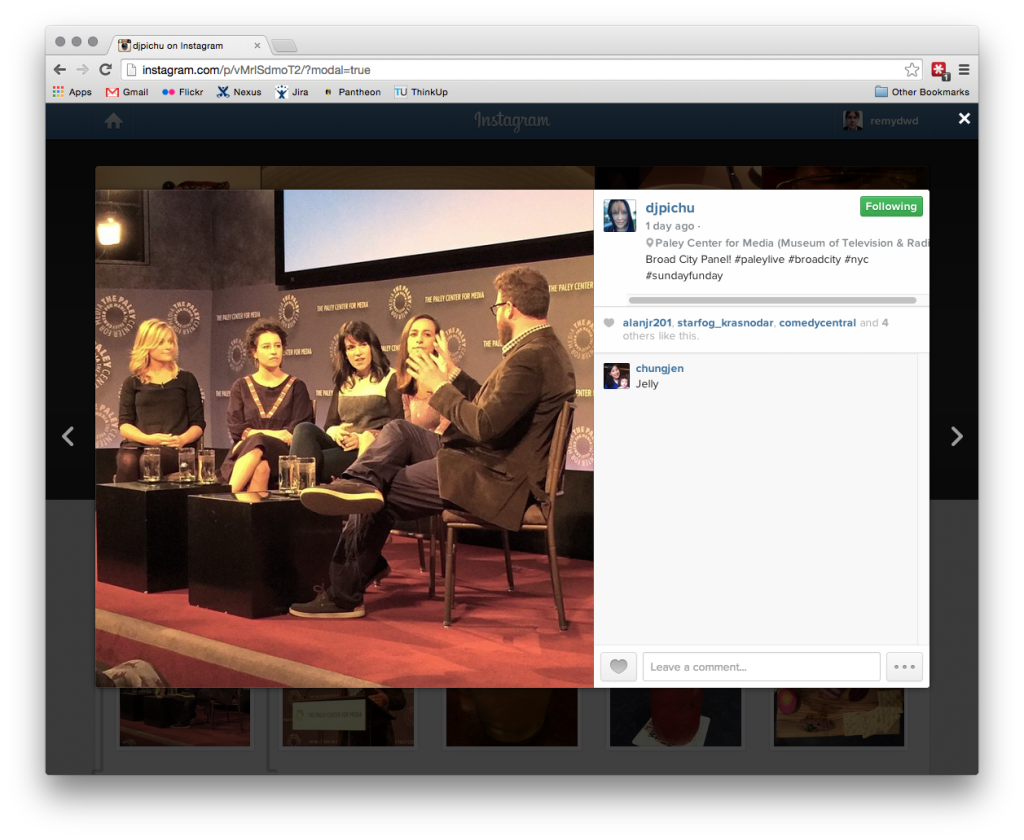 It was so nice, that Monday evening she noticed that Comedy Central had liked her photo. She’s taken a lot of pride in putting things on Instagram lately, as she’s been building a decent following. But then she tapped through to Comedy Central’s instagram account and saw this: 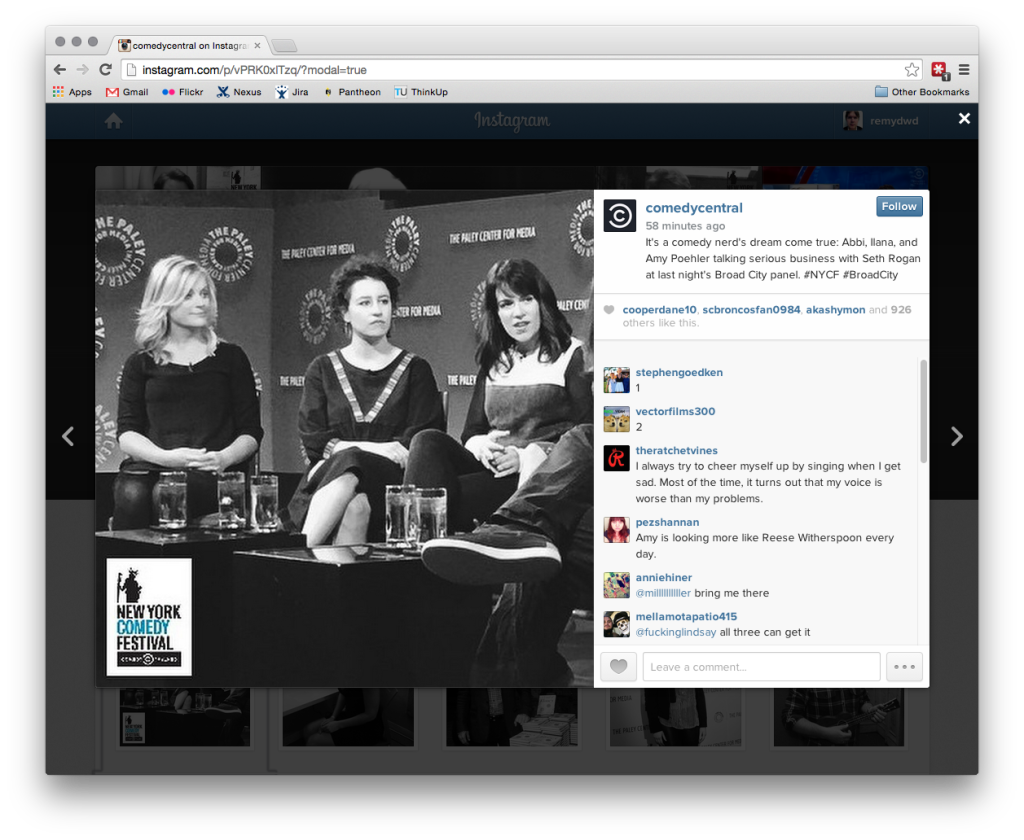 A filter, a different crop, and a logo doesn’t change the fact that this is very clearly Katie’s photo – unless someone was sitting at the exact same angle and took a picture at virtually the same instance.

And I’m willing to guess that isn’t the case, because you’ll notice the link is now broken. That’s because after bringing attention to it on Twitter, Comedy Central yanked it down and replaced it with this: 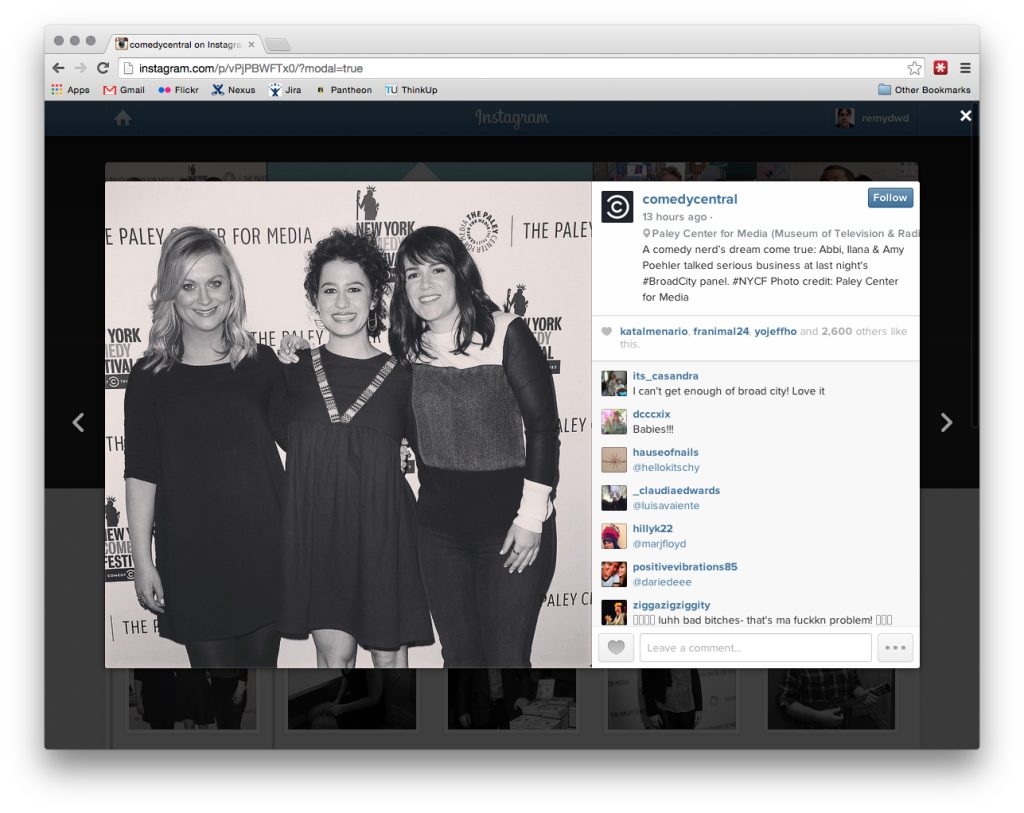 Notice how quick they were here to credit the Paley Center’s photographer in this instance – just not the original.

Look – it’s 2014. Social media teams should be well aware by now that if you’re going to repurpose a photo from another user, attribution is a pretty basic courtesy. Yet not only did Comedy Central not attribute Katie’s photo, nor did they issue an apology (which is all Katie would like) – they decided to replace it entirely with someone else’s. They got caught, and rather than do the right thing, tried to erase the evidence – all the evidence except the like on Katie’s original photo. (At least, as I’m writing this. I wouldn’t be surprised if they revoke the like should someone read this post.)

I have personal experience that people within Comedy Central know how to properly respect copyright. I’m just saddened their social team thinks this is acceptable.