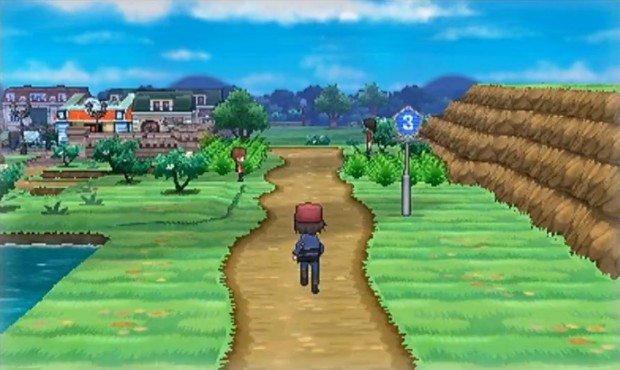 The night of the Pokemon X/Y release, I made the mistake of heading up near Nintendo World in Rockefeller Plaza, because the friends we had in town wanted to see what the line was like.

It encircled an entire block, filled with cosplayers and kids with various Pokemon merchandise. DS and 3DS handhelds everywhere. There was some sort of concert in the plaza by the Today Show studio, although it was impossible to see what exactly was going on there.

It was a brief and fascinating reminder about what a weird spectacle gaming can still be. Whether it’s console launches (even if we had two this year), or big conventions ala PAX or The International or Comic-Con, at some point over the last couple years, geek culture became completely mainstream.

Pokemon X/Y, like most Pokemon titles over the last 15 years, hasn’t changed much. (For games that focus on evolution, they tend to remain pretty stagnant.) But it is the first game since the original launch of the series to feature a truly new graphical engine; it is the first to present a world that’s kind-of sort-of 3D (even if the 3DS’s 3D feature is barely used); and it’s the first to take a very explicit step to reduce the RPG grind by providing experience sharing for all members of your party.

As the JRPG market dies out, it becomes increasingly hard *not* to recommend Pokemon to those people looking for an old-school RPG experience. There’s not much else out there that’s trying to do what it does. Perhaps that’s why the lines are still forming on launch day, I suppose.

Pokemon X/Y are available for the 3DS.