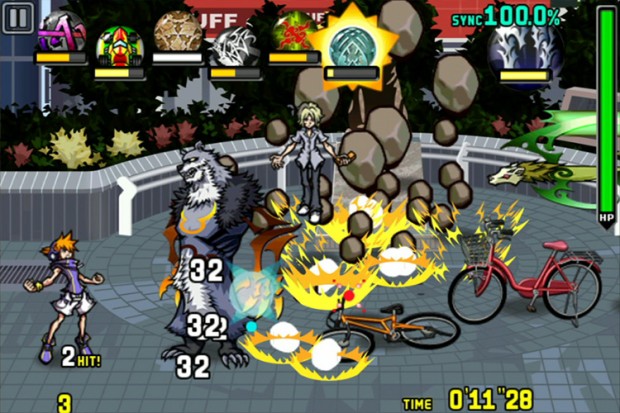 I remember getting my hands on The World Ends With You for the first time. It felt like an eternity since the last time I was had my world flipped by a Square RPG. A weird blend of modern Japanese culture and supernatural plots to destroy the world, TWEWY tied together a unique combat system, well-polished art and music, and memorable moody teenagers (this was a Square game, after all). It felt revolutionary, and possibly the start of a great new RPG franchise.

But that was 2008 – and following its release on the DS, nothing more came out of the franchise – until this year. Out of nowhere in August, Square Enix quickly announced and released The World Ends With You: Solo Remix. It didn’t launch on Nintendo’s floundering 3DS, nor was it a near-launch title for Sony’s Playstation Vita. No, it came out solely for iOS, at price points rarely seen on the platform: $18 for the iPhone/iPod Touch version, and $20 for the iPad version. People flipped out.

There are plenty of takeaways from the release – you could spend months trying to break down Square’s pricing strategy, or the effectiveness of reducing a dual screen game to a single screen, or lambasting Square for blocking the iPhone version from running on the iPad and/or not releasing a universal version. But I’d rather focus on the biggest takeaway: it marks the clearest turning point that the mobile gaming landscape has turned away from Nintendo and Sony to instead concentrate on smartphones.

This writing has been on the wall for a while, but it feels inescapable this year. If we’re going off of Metacritic scores to judge quality, there was a single game above 90 on both the 3DS (the eShop re-release of Cave Story) and the Vita (Persona 4 Golden). But somehow, there are 18 games in 2012 that met this threshold on iOS. Many of these are from indie developers; the major studios are represented (EA, Namco, Popcap, Warner Brothers); and the iPad version of TWEWY tops out the list at 95, technically the best reviewed title of the year.

Such a marketplace shift is anathema to long-time mobile gamers, as it seems inconceivable that a platform not dedicated to gaming could provide experiences on par with the big handhelds. But here it is: one of the most lauded, most beloved games in the DS generation, available for the half a billion iOS devices out in the wild.

Some may try to argue the release means little. Isn’t TWEWY:SR just a remake to rake in quick cash? If you’re willing to believe that, then you also have to discount the highest rated game on the Vita (Persona 4 was a Playstation 2 game), and you have to doubly discount the Cave Story release for the 3DS, a veritable remake of a remake! (Cave Story was released for the 3DS as a cartridge in 2011.)

I can’t understate how much of a disruption this is to a handheld market that was rock solid for the last 10 years. It’s almost reminiscent of the gaming market crash of 1983 – although a bit slower, and there’s already a new business model in place to save us waiting a few years for a new savior. If we don’t have dedicated handhelds after this cycle ends, I won’t bother to feign surprise.

(As for TWEWY:SR itself? It’s pricey, but you get what you pay for – a high quality RPG in a unique setting. It doesn’t feel any different compared to the DS version, save the combat – and I actually liked the single screen version better. If you didn’t play through it in 2008, I highly recommend you save up and splurge on it.)

The World Ends With You: Solo Remix is available for iPhone and for iPad, but not in the same app, because Square Enix doesn’t believe in such things.