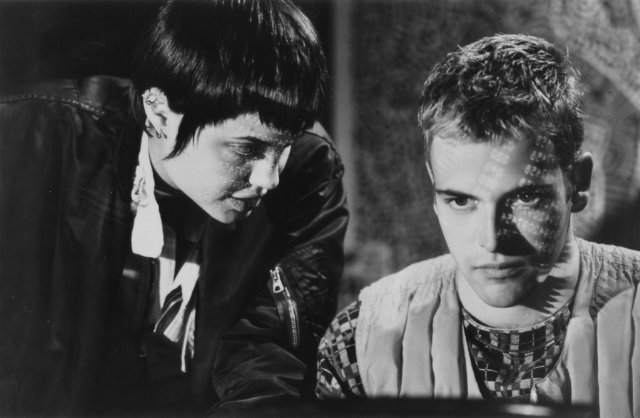 Fifteen years ago today, “Hackers” – a much mocked, yet much beloved piece of mid-90’s cheese – hit theatres. Entertainment Weekly’s Owen Gleiberman gave it a D, declaring it a “dismal mess”, adding “…what’s most grating about Hackers, however, is the way the movie buys in to the computer-kid-as-elite-rebel mystique currently being peddled by magazines like Wired.” Roger Ebert opted to give it 3 stars, calling it “smart and entertaining, then, as long as you don’t take the computer stuff very seriously”.

Everyone has their favorite cult movies; this one is mine. If you haven’t seen it, it’s on Netflix instant queue as of a few weeks ago. You owe it to yourself to watch this fantastical attempt at a technothriller and delight in dialog such as “Turn on your computer. Set it to receive a file.”

What’s most intriguing to me about Hackers has been an anti-curse: people who have appeared in it has mostly gone on to great things. In the time since the movie was released:

Jonny Lee Miller (“Dade Murphy”) went on to play Sick Boy in Trainspotting.
Angelina Jolie (“Kate Libby”) became a household name and won an Oscar.
Jesse Bradford (“Joey Pardella”) did a stint on The West Wing, and starred in Flags of Our Fathers.
Matthew Lillard (“Emmanuel Goldstein”) rose to fame in Scream and then raked in cash hand over fist in Scooby Doo.
Fisher Stevens (“Eugene Belford / ‘The Plague'”) has been on Lost, Ugly Betty, It’s Always Sunny, and won an Oscar this year for Best Documentary.
Lorraine Bracco (“Margo”) went on to play Dr. Melfi on The Sopranos.
Wendell Pierce(“S.S. Agent Richard Gill”) went on to play the beloved William ‘Bunk’ Moreland on The Wire.
Penn Jillette (“Hal”) hit it big on Vegas, and helped create the critically acclaimed “Bullshit!” on Showtime.
Marc Anthony (“S.S. Agent Ray”) had his musical career blow up, and married Jennifer Lopez.
Felicity Huffman (“Prosecuting Attorney”) won an Emmy for her work on Desperate Housewives.
Naoko Mori (“Tokyo Hacker”) showed up as the beloved “Tosh” on Torchwood in 2006.
Sam Douglas (“English Teacher”) was in Eyes Wide Shut, Mission Impossible, The Fifth Element, and Snatch – oh yeah, and essentially was Scott Shelby in this year’s PS3 hit Heavy Rain.

Whatever you do today, make sure you hack the planet.