(I’m breaking up my thoughts about the WWDC keynote into multiple posts this year.) 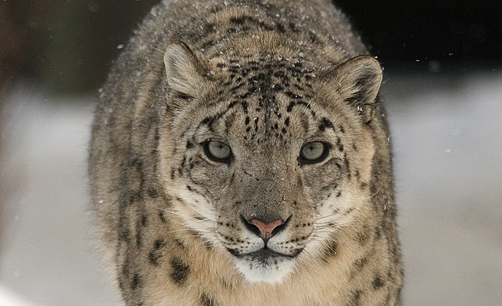 For the sake of not wanting to vomit every time I type it, I’m going to refer to Snow Leopard merely as “10.6”.

A mere blip at the start of the Keynote (when Steve says “This morning I’m going to talk about the iPhone”, he *means it*), OS X 10.6 would be talked about only at the OS X State Of The Union. To the chagrin of those who care less about the iPhone, the OSXSOTU is always the first session covered by the NDA that surrounds WWDC.

Luckily, some relief came in the form of a since-deleted press release from Apple. Also, in the time it’s taken me to write this, the official Snow Leopard homepage appeared.

To dissect what we know:

* A technology code-named “Grand Central” will enable developers to more easily leverage multi-core processors. It’s hard to consider this a bad thing, although I haven’t seen a lot of multithreading issues in modern applications (from my very casual viewpoint).
* A technology called “Open Computing Language” (OpenCL) allows developers to tap into the GPU for general processing. It has been “proposed as an open standard”, which is interesting as I can find no information to this effect (and OpenCL was a name formerly used by a Linux cryptography package).
* The theoretical limit on system RAM will be 16TB. So when those 2TB RAM chips come along, OS X will be *so* ready.
* Quicktime X will come bounding along, seemingly destroying hopes for Quicktime 8 or 9 in the meantime. Hopefully “support for modern audio and video formats” indicates that Apple will embrace some of codecs that have been killing Quicktime for what feels like ages.
* Safari will get the recently announced SquirrelFish – but it’s not like you can’t run that and get performance upgrades right this second.
* Exchange support will finally be rolled into Mail, Address Book, and iCal, which is great if you’re in the sort of environment using Exchange. Everyone else may not care so much – but we’ll come back to this.
* “Snow Leopard dramatically reduces the footprint of Mac OS X, making it even more efficient for users, and giving them back valuable hard drive space for their music and photos.” Consider this confirmation that 10.6 will not run on PowerPC. Nothing else is likely to shed that much weight from the OS. I don’t expect Rosetta to die any time soon, much like Classic (technically) will live until 2009.

Lastly, and most smugly satisfying for me, 10.6 is scheduled to ship “in about a year”, which sounds remarkably closer to my August 2009 prediction than TUAW’s “shipping by January 2009”.