One thing I will never get over, as long as I live in NYC, is the rate at which one goes through pairs of shoes.

Blame it on the endless cement sidewalks, or the long platforms of the MTA, or the constant standing and waiting in lines. Blame it on the way my feet are shaped, or the way I walk if you’d like. Whatever the actual cause, my shoe replacement interval has continuously shortened over the last four years.

For instance: In mid-April, I bought a nice pair of brown leather dress shoes for work. I’m not normally much for brown shoes, but these looked quite nice, and I actually got a few compliments about my footware for once.

Within the first two days, the neat design on the soles had completely chipped off under my desk, leaving a fantastic mess.
Three weeks in, and the heel had already started to wear down, revealing wood. 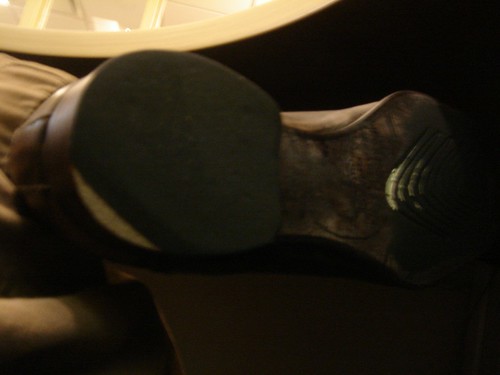 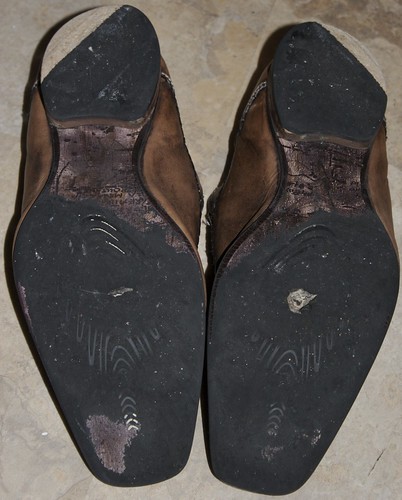 Just to point out what is likely obvious: not only had 20% of the heel worn away, but parallel holes had opened up in the middle of where the ball of my foot rests. The one resembling a bullet hole on my right shoe was significant enough that I could still feel it after I took my shoe off.

There are many things in life that I will make a remark about getting what you pay for. Shoes are not one of these things. In NYC, it is nearly impossible to get a fair return on your shoe investment.