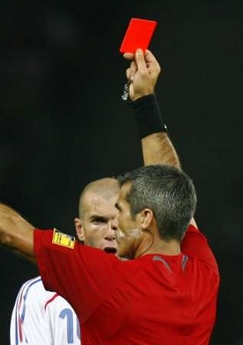 Over the last few years, there’s been a fair amount of derision of some US television channels for what they choose to define as a “sport program”. Depending on how entertained you are by the programming, your personal limit may be spelling bees, scrabble tournaments, texas hold’em, fishing, or possibly even golf.

That said, England has (at least) three sporting delicacies I’ve taken in during portions of my evenings at the hotel room:
First, **snooker**. Now, pool is no stranger to American television, but it’s generally 8-ball, sometimes 9, and often just trick shots. Snooker, on the other hand, doesn’t get televised much because…well, it’s slightly more dull than 8-ball, and certainly more complicated. Still, interesting to watch, if for no other reason than puzzling out the rules. (Alternately, you could [just read them](http://www.billiardworld.com/snooker.html).)

Next, **cricket**. Oh, the much derided cricket. While the game is possibly torture to those with ADD – test matches last five days, after all – it is actually entertaining. Finally seeing it played and being able to reconcile [the rules](http://www.cs.purdue.edu/homes/hosking/cricket/explanation.htm) against what’s happening are a great help. My god, it even actually looks fun.

By now you may be thinking, “He’s just going for the traditional British sports. Rugby will undoubtedly be the third.” And you, my friend, would be wrong. The third sport I’ve been prone to watch is somewhat tied into snooker, in that you’re likely to see it in a pub, but it’s about as far from Rugby as you can get.

If I said I spent a good half an hour last night watching [Premier League Darts](http://www.planetdarts.tv/page/PremierLeague/0,,10180,00.html), would you believe me?

If I told you that I was shocked that there were about 300 rowdy spectators – all cheering and cat-calling at the right times – would you believe me?

If I claimed that the throwers had entrance music and body guards, making the whole thing seem eerily close to professional wrestling, would you believe me?

Okay, here’s a stretch: would you believe that it was actually entertaining? Yeah, I couldn’t believe it either.

(To those concerned that we’re spending our lives in the hotel room, trust me, we are not. Check the Flickr pool.)